Please ensure Javascript is enabled for purposes of website accessibility
Log In Help Join The Motley Fool
Free Article Join Over 1 Million Premium Members And Get More In-Depth Stock Guidance and Research
By Danny Vena - Mar 21, 2020 at 12:05AM

The streaming giant wants to give back to the creative community that helped make it a household name.

In a blog post on Friday, Netflix's (NFLX -0.69%) chief content officer Ted Sarandos said the streaming giant has established a $100 million fund to help support the hourly workers that support many of its projects.

The COVID-19 coronavirus outbreak has swept across the globe, shuttering "nearly all television and film production," said Sarandos, "leaving hundreds of thousands of crew and cast without jobs." He cited a number of positions affected by the shutdowns, including electricians, carpenters, drivers, hair and makeup artists, and more. He also noted that many of the aforementioned staff "work on a project-to-project basis," leaving little in the way of security. 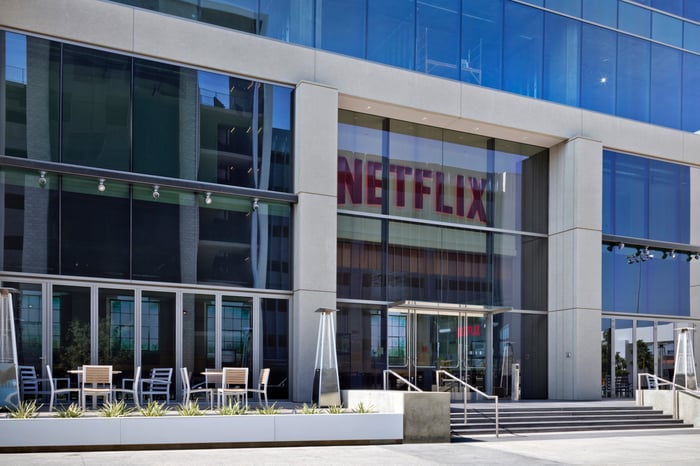 The majority of the fund will be used to support the most at-risk workers and those hardest hit on Netflix productions around the world.

The company has yet to work out all the details but said the funds would be in addition to the two weeks' pay Netflix has already promised to those working on productions that were shuttered last week.

Outside those working on the company's own programming, Netflix said it is eager to "support the broader film and television industry," and has earmarked $15 million from the fund to be distributed by third parties and nonprofit agencies focused on providing "emergency relief to out-of-work crew and cast in the countries where we have a large production base."

The tech giant identified a number of U.S.-based nonprofits that have already been selected to receive funds, including the SAG-AFTRA Foundation COVID-19 Disaster Fund, the Motion Picture and Television Fund, and the Actors Fund Emergency Assistance.