Please ensure Javascript is enabled for purposes of website accessibility
Log In Help Join The Motley Fool
Free Article Join Over 1 Million Premium Members And Get More In-Depth Stock Guidance and Research
By Keith Speights - Mar 22, 2020 at 10:31AM

They're cheap. They're profitable. And they're built to survive the coronavirus crisis and its aftermath.

Two music legends, Frank Sinatra and Elvis Presley, each had a big hit with the song "My Way." The lyrics of the song include a line that says, "Regrets, I've had a few. But then again, too few to mention."

I don't know about you, but I've had more regrets with investing than I'd care to mention. And most of them aren't related to stocks that I bought. Instead, my biggest investing regrets are about the stocks that I didn't buy. 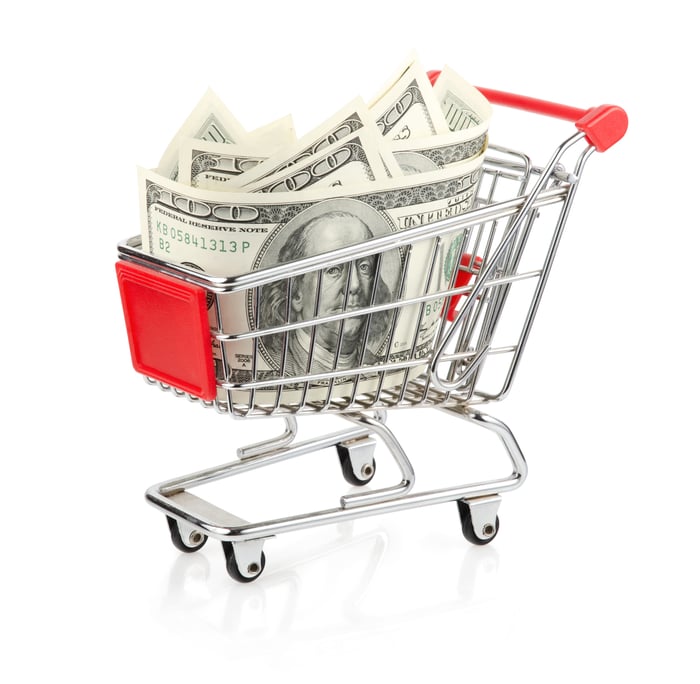 AbbVie (ABBV 0.42%) has been a bargain for a while in my view. But the stock is now even more attractively valued. The drugmaker's shares trade at a little over nine times expected earnings.

There have been some concerns about how AbbVie will fare after its top-selling drug Humira faces biosimilar competition in the U.S. starting in 2023. I think the company should be in good shape. For one thing, sales for Humira won't evaporate overnight. The immunology drug already faces biosimilar rivals in Europe and still raked in $4.3 billion in international sales last year.

More importantly, momentum for AbbVie's other drugs is reducing its dependence on Humira. Sales for cancer drugs Imbruvica and Venclexta continue to climb. New immunology drugs Rinvoq and Skyrizi should both become megablockbusters. AbbVie should soon close its acquisition of Allergan, which will bring even more successful drugs into its product lineup and candidates into its pipeline.

We can't leave out AbbVie's dividend yield, which stands at 6.6% right now. The company has increased its dividend for 47 consecutive years, including the time it was part of Abbott Labs. Since being spun off from Abbott in 2013, AbbVie has nearly tripled its dividend payout. I think AbbVie will deliver solid share price appreciation over the long run, but it won't have to do too much to provide a market-beating total return with its awesome dividend program.

Bristol Myers Squibb (BMY -0.21%) is another stock that looked relatively inexpensive to me even before the coronavirus pandemic hit. With its shares trading below 10 times expected earnings, BMS is even cheaper now.

The drugmaker's acquisition of Celgene last year puts it in the same boat as AbbVie to some extent. Celgene's blockbuster blood disease drug Remicade will face generic competition beginning in 2022. The good news, though, that generic rivals will only be able to sell limited volumes of their products for a few years under their agreements with Celgene.

In the meantime, BMS' current lineup, including enormously successful drugs Eliquis, Empliciti, Opdivo, Orencia, and Pomalyst, should gain even more traction. Thanks to the Celgene deal, BMS' pipeline is as strong as it's ever been. The company expects to launch multiple drugs with blockbuster potential over the next couple of years, including ozanimod in treating multiple sclerosis and cancer cell therapies ide-cel and liso-cel.

BMS' dividend yield currently stands at 3.7%. That's the icing on the cake for a company that Wall Street expects will grow earnings by an average of more than 18% annually over the next five years.

Pfizer (PFE -0.23%) is more expensive than AbbVie or Bristol Myers Squibb. But I would still categorize shares of a profitable company that are trading at only 13 times expected earnings as a bargain.

Loss of exclusivity for Lyrica weighed on Pfizer's top and bottom lines in 2019. However, the drug shouldn't be an anchor for Pfizer very much longer. That's because Pfizer plans to merge its Upjohn unit, which is home to Lyrica and other older drugs, with Mylan.

I like this deal because it will make Pfizer a smaller yet faster-growing company. The "new" Pfizer will keep blockbuster drugs including Ibrance and Eliquis (which it co-markets with BMS). Pfizer will also still have newer rising stars such as rare-disease drug Vyndaquel and a pipeline with potential winners including its 20-valent pneumococcal vaccine.

Granted, the Upjohn-Mylan combination will cause Pfizer's dividend to be lower. However, Pfizer shareholders will own part of the new company, to be named Viatris, which will pay a dividend of its own. The combination of Pfizer's and Viatris' dividends should be roughly at the same level as Pfizer's current dividend, which yields 5% right now.

Notice something in common?

You might have noticed that all three of the bargain buys that I like are major pharmaceutical stocks. That's no accident. My view is that these big drugmakers have a greater ability than most companies to keep trucking through the coronavirus crisis and its aftermath.

AbbVie, Bristol Myers Squibb, and Pfizer each have strong cash flows. They've weathered previous economic storms in the past. They all sell products that people will need regardless of pandemics and quarantines. And they're priced attractively, of course. Those are the kinds of bargains I don't think anyone will regret buying.