Please ensure Javascript is enabled for purposes of website accessibility
Log In Help Join The Motley Fool
Free Article Join Over 1 Million Premium Members And Get More In-Depth Stock Guidance and Research
By Donna Fuscaldo - Mar 23, 2020 at 8:57AM

IBM and the White House have joined forces to create the COVID-19 High Performance Computing Consortium, giving researchers access to an unprecedented amount of computing power.

Racing to find a way to fight the spread of COVID-19, the White House has turned to International Business Machines (IBM 2.62%) and its supercomputing chops.

Over the weekend IBM announced it has teamed up with the White House Office of Science and Technology Policy and the Department of Energy to form the COVID-19 High Performance Computing Consortium. 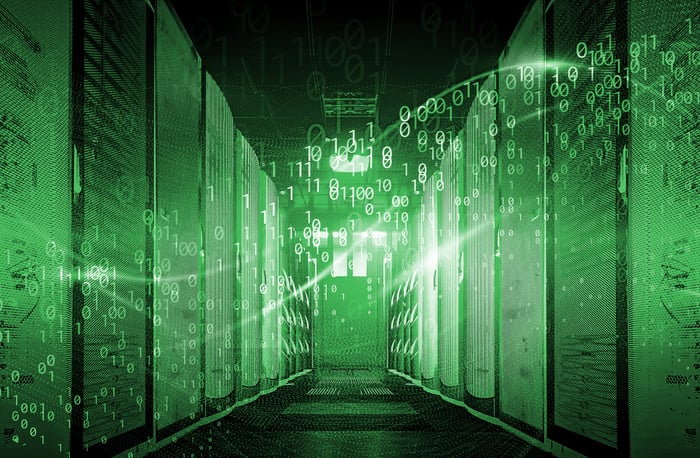 The working group, which also includes Amazon (AMZN 3.58%) and Microsoft (MSFT 3.42%),  was created to bring together an "unprecedented" amount of computing power to help researchers better understand COVID-19, treatments, and cures.  Through the consortium, researchers will have access to 16 systems with more than 330 petaflops, 775,000 CPU cores, and 34,000 GPUs -- and growing.

"These high-performance computing systems allow researchers to run very large numbers of calculations in epidemiology, bioinformatics, and molecular modeling," wrote Dario Gil, director of IBM Research in a press release announcing the initiative. "These experiments would take years to complete if worked by hand, or months if handled on slower, traditional computing platforms."

IBM noted Summit, its most powerful supercomputer has already been used by researchers at Oak Ridge National Laboratory and the University of Tennessee to screen 8,000 compounds in an effort to stop the virus from infecting cells. As a result, researchers were able to recommend 77 molecule drug compounds that have promise and can now be tested.  The consortium is already accepting and evaluating proposals from researchers and will provide supercomputing access to those efforts that make a difference immediately.