Please ensure Javascript is enabled for purposes of website accessibility
Log In Help Join The Motley Fool
Free Article Join Over 1 Million Premium Members And Get More In-Depth Stock Guidance and Research
By Rich Smith - Mar 24, 2020 at 11:47AM

Bigelow Aerospace currently has a module attached to the International Space Station.

Bigelow Aerospace, the space company that attached an inflatable storage room to the International Space Station (ISS) in 2016, is laying off its entire workforce here on Earth. SpaceNews.com reported the development on Monday, attributing the Bigelow's move "at least in part" to the growing Coronavirus pandemic.

Citing persons familiar with the company's situation, SpaceNews says the Coronavirus pandemic was part of a "perfect storm of problems," that included an emergency directive handed down by Nevada's governor, instructing all "nonessential" businesses to close in an attempt to slow the spread of the contagion.

Founded by hotel-chain operator Robert Bigelow in 1999, Bigelow Aerospace operates out of its corporate headquarters in Las Vegas, Nevada. The company has developed multiple inflatable habitation "modules" known as "Bigelow Expandable Activity Modules," or BEAMs, with the aim of using them to supplement available workspace on ISS. The BEAM module currently attached to ISS, however, is considered a "demo" model, smaller than the full-sized B330 BEAM, which contains 330 cubic meters of usable volume. 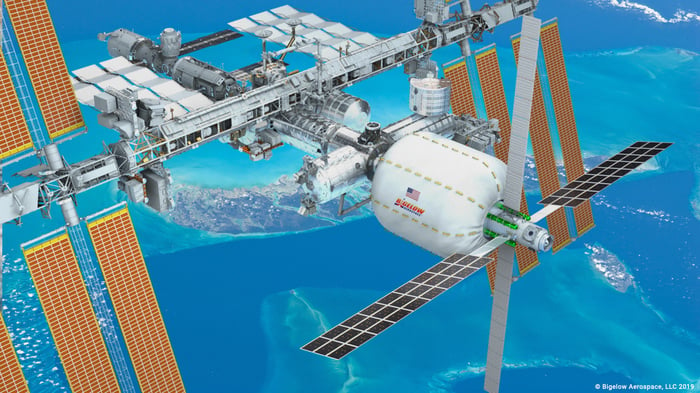 In the future, the company still hopes to use these BEAMs to construct entire independent space stations, and habitation modules for use on the moon and elsewhere, and says it is still interested in bidding on future NASA projects -- presumably after the end of this current pandemic permits it to bring its workers back.

The company has won contracts from NASA to help fund its development of the technology, but declined to bid on an upcoming NASA project to add new commercial habitation modules to ISS in 2024, citing difficulty obtaining financing for the project.

Ultimately, that contract was awarded instead to Bigelow competitor Axiom Space.