The company has altered its hours and not defied local or state mandates, but has sought to continue operations as much as possible.

Although nearly all of its rivals, including Macy's (M -4.06%) and Kohl's (KSS -2.28%), have shuttered stores in an effort to contain and avoid the coronavirus outbreak, Dillard's (DDS -2.28%) isn't deterred. In locations where it's still permitted, its department stores remain open for business.

The number of its nearly 300 locales still in operation isn't entirely clear. CNBC cited an email from the company on Tuesday only indicating, "We are open with limited hours where not ordered to close by state or local government mandate." That note went on to assure the public, "We are promptly cooperating with any such actions." Many malls have also outright closed their doors until the pandemic is abated, effectively forcing the closure of even their big anchor stores as a result. Simon Property Group (SPG -0.87%), which operates more than 200 total retail properties, is one of those mall owners that's opted to sidestep the outbreak by temporarily closing its indoor shopping venues. 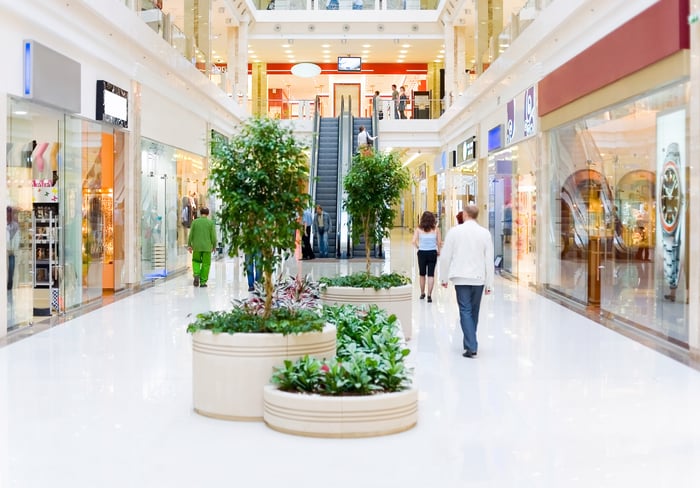 Even the temporary closure of its host mall hasn't necessarily prevented a Dillard's store from remaining open, however. For instance, Simon-owned Battlefield Mall in Springfield, Missouri, may have been mothballed last week, but because its Dillard's has its own entrances, the store has remained open and accessible.

And yes, employees report there are still customers in stores, shopping, though presumably foot traffic is light.

Still, the department store chain is aware of the potential to be a place where the coronavirus can be passed from one person to another. Dillard's employees at least in its Battlefield Mall store are not required to work if they don't feel comfortable doing so.