The controversial CEO has ordered 1,200 ventilators from China, to arrive "within days."

Tesla (TSLA -1.28%) CEO Elon Musk has ramped up his efforts -- as well as his company's -- to help combat the growing U.S. coronavirus epidemic.

In his latest move, announced in a Monday night tweet, Tesla purchased 1,255 ventilators from China, where "they had an oversupply." The company had the ventilators flown to Los Angeles, where they are currently awaiting distribution, California Governor Gavin Newsom confirmed in a press conference. 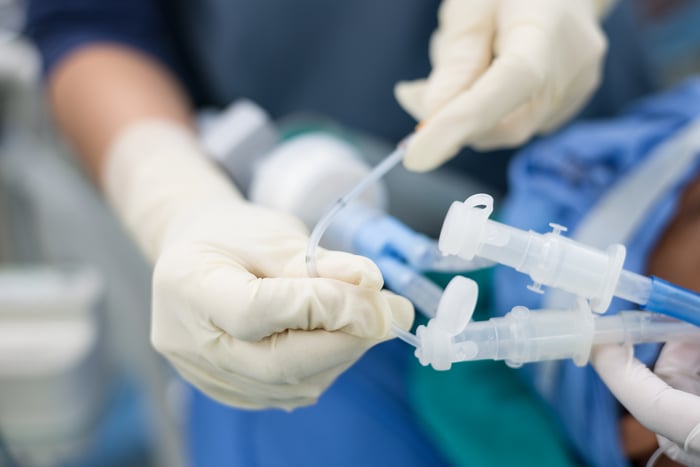 The ventilator shipment, facilitated by Tesla's team in China with cooperation from customs officials in China and Los Angeles, comes on the heels of the company's donation of about 50,000 N95 surgical masks to the University of Washington School of Medicine. Another batch of supplies, including masks and gowns, were sent to UCLA Health, according to a tweet from film director Peyton Reed.

Last week, Musk said Tesla was "working on" deploying Tesla's manufacturing capabilities to produce much-needed ventilators. On Saturday, Musk said he had spoken with with medical device maker Medtronic (MDT -1.08%) about engineering ventilators but gave no definite confirmation of a partnership or details of a timeline.

Other Silicon Valley companies are also using their resources to help supply the beleaguered medical community, as their CEOs take to social media to promote their efforts. According to a post by CEO Mark Zuckerberg, Facebook (META 0.40%) donated 720,000 masks that it had stockpiled in case of a resurgence of the 2019 California wildfires. The company is also attempting to source and donate "millions" more.

Meanwhile, Apple (AAPL 0.55%) CEO Tim Cook tweeted that his company would also be donating "millions of masks" to healthcare workers in the U.S. and Europe.

Despite these efforts by the tech giants, it's unclear when the critical medical supply shortage will be eased.