The stock of Berkshire Hathaway (NYSE:BRK.A)(NYSE:BRK.B) is up strongly in afternoon trading Tuesday, rising 8.4% through 1:40 p.m. EDT. You can probably thank Congress for that. But you'll have to thank it in advance. 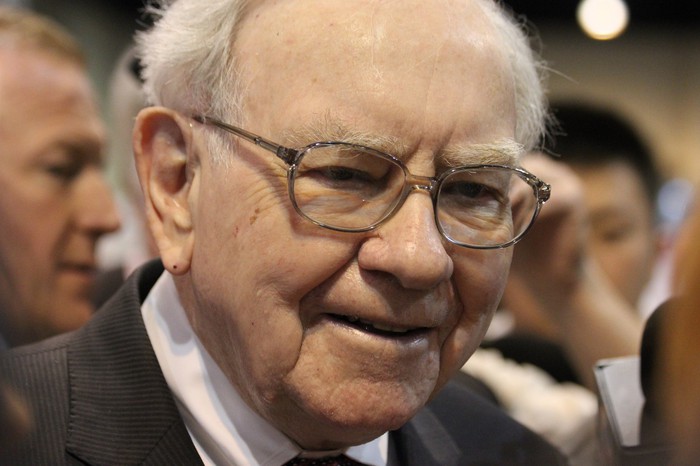 On Sunday, Congress failed to pass a promised $1 trillion-plus economic stimulus, then failed to pass one again on Monday. Today, House Speaker Nancy Pelosi was promising that a deal will be struck "in the next few hours."

(She first said that a few hours ago as of this writing, and so far, no such luck.)

Regardless, investors are optimistic that Congress will eventually get the job done, and stock markets are up broadly this afternoon in anticipation of the happy event. Berkshire Hathaway, one of America's largest corporations and with a hand in almost every sector of the American economy (from running freight trains to manufacturing underwear to dishing out ice cream), is a likely beneficiary of any legislation that helps the economy.

Investors are ebullient, and Berkshire CEO Warren Buffett probably is, too -- but not necessarily for the same reasons. In the past, Buffett has many times promised to be an aggressive buyer of Berkshire Hathaway's own stock whenever it falls below a valuation of 1.2 times book value.