There is a ray of hope for dining shares today.

There are two main components in the $2 trillion stimulus package being negotiated in Congress, and both could help the restaurant industry. The first is a check that will go to Americans to help them get through layoffs or the recession that may already be hitting the economy. The other is $500 billion in money designated to lend to companies hit especially hard by the COVID-19 pandemic. Restaurants would be a likely beneficiary of this funding, potentially including the companies listed above. 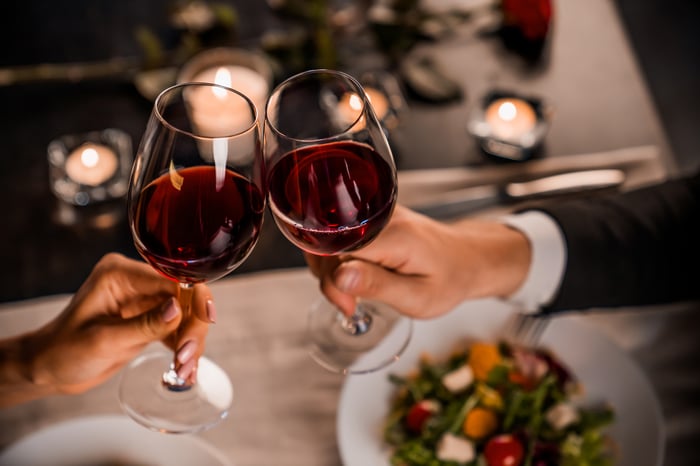 For restaurants, I don't think the questions should be around their long-term viability, but rather how they're going to make it through a crash in demand short term. Companies still have to pay rent, overhead, and for some workers to remain on staff as well. They'll fail if they can't cover those costs or get loans, so this package may be the debt funding they need.

Right now, we don't know anything more than what's being reported about the stimulus package, and it's unclear who would get funding or how much would be allocated. But there's at least hope that the stimulus could hold off the worst for the restaurant industry.

I'll also note that the stocks jumping the most today on a percentage basis are also the ones that have fallen the most over the past month. So today's move is more of a recovery of losses in the past week rather than an endorsement of their competitive position today. 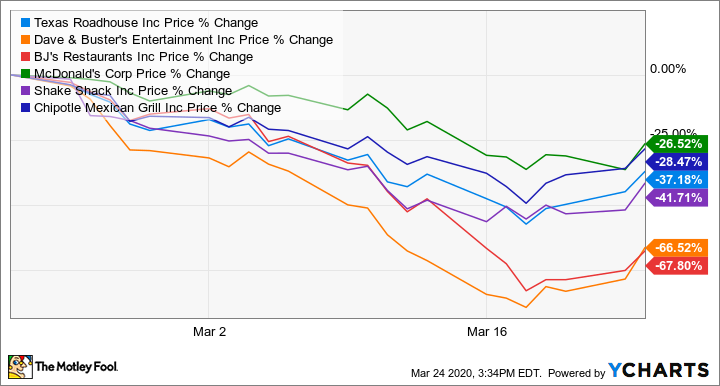 Today is probably the most positive news the restaurant industry has gotten all year and may provide a bridge needed to get operations back to normal. Investors shouldn't count on a bailout to save their investment, but if it's a possibility that government loans will get them through this rough patch, that could keep restaurant stocks moving higher long term.