Please ensure Javascript is enabled for purposes of website accessibility
Log In Help Join The Motley Fool
Free Article Join Over 1 Million Premium Members And Get More In-Depth Stock Guidance and Research
By Anders Bylund - Mar 25, 2020 at 10:23AM

The Oracle of Omaha built up large holdings in these top-notch companies for a reason. Now you can do the same at bargain-bin share prices.

Investing guru Warren Buffett is not in the habit of buying stock in bad or poorly run companies. When the market goes haywire, as it is doing amid the COVID-19 crisis, we ordinary investors would be smart to look for top-quality companies on fire sale in Buffett's stock portfolio.

Buffett wants to "be greedy when others are fearful and fearful only when others are greedy," and the Oracle of Omaha must be in a very acquisitive mood these days. The S&P 500 and Dow Jones Industrial Average are both trading approximately 30% below February's all-time highs.

I took a dive into a public list of stock holdings under Buffett's company, Berkshire Hathaway (BRK.A -0.27%) (BRK.B -0.14%). It's downright difficult to find tickers on that list that don't look like great buys right now, but these three stocks struck me as the best virus-panic deals among Buffett's holdings. 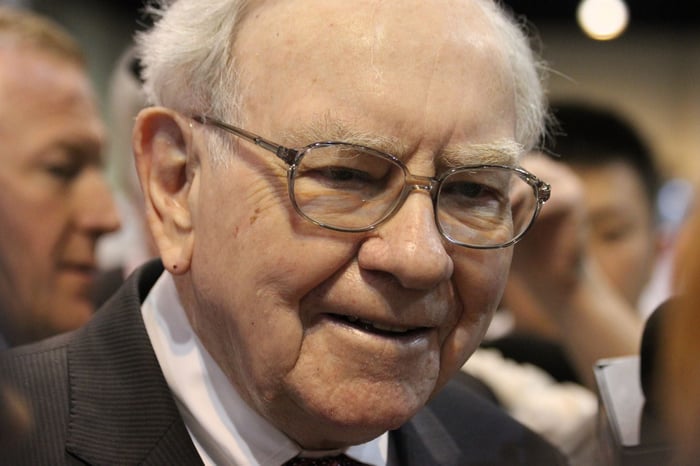 Membership fees to the rescue

If there's one retailer you can trust to make it out of this COVID-19 mess alive, it's Costco Wholesale (COST 0.26%).

Those massive bundles of consumer staples are sold at near-breakeven margins, leaving Costco's profits to be generated by the required membership program. Over the first two quarters of fiscal year 2020, Costco reported earnings of $1.78 billion. Membership fees for this six-month period amounted to $1.62 billion; virtually all of that revenue stream drops all the way down to the bottom line with minimal operating costs.

Therefore, Costco's profits are rock-steady in good times and in bad. The volume of actual merchandise that passes through this company hardly even matters compared to its bottom-line results. So Costco isn't skyrocketing in this early stage of the virus crisis where consumers and businesses alike stock up on essential wares, but it won't crash when foot traffic drops to a trickle under lockdowns and enforced quarantines.

Yet, Costco's shares have fallen 12% from February's all-time highs. Dramatic discounts are rare, both for Costco's merchandise and its stock, so I highly recommend picking up some shares at these reasonable prices. I wouldn't be surprised to see Buffett himself increasing his Costco investments right about now, boosting Berkshire's ownership from just a 1% stake today.

Been there, done that, survived every disaster

On that note, Coca-Cola (KO 0.72%) sports some of the highest returns on assets in the consumer goods industry. The company also retained $2 billion of last year's earnings to reinvest into Coke's future operations. This is one of Berkshire's largest holdings, amounting to a direct stake of 9.3% in Coca-Cola. It's easy to see why, since the company's top-level strategy aligns so perfectly with Buffett's own preferences.

As for the coronavirus pandemic, this ain't Coca-Cola's first rodeo. The company has made it through world wars, stock market meltdowns, and major disease outbreaks before, always coming back at least as strong on the other side.

"The Coca-Cola system has been through many crises. We've got crisis adjustment in our DNA, if you like," said Coca-Cola CEO James Quincey in a CNBC interview on Tuesday. "Q2 will see a profound economic shock around the world. We've got to be able to adjust our business and we have lots of variables."

This stock isn't as impervious to market swings as Costco's. Coca-Cola's share prices have fallen 34% from its own February all-time highs. That only amplifies the long-term value you will lock in by buying Coke now, and the 4.2% dividend yield is a wonderful bonus.

Southwest is the best of the best

Finally, Southwest Airlines (LUV -1.28%) is trading at five-year lows these days. The virus outbreak brought the entire airline industry to its knees and Southwest is no exception. This stock has fallen 36% in a month.

It's also arguably the best-run company in this beaten-down industry. Southwest sports the highest gross and net margins in its sector, and Buffett's beloved return on assets also leads the pack. Furthermore, Southwest's cash reserves and long-term debt balance out at roughly $4 billion each. That's highly unusual in an industry where debt loads typically sit between five and 10 times higher than each company's cash equivalents.

Once again, Buffett holds a huge 10.4% stake in one of the best companies to be found in this sector. Luck favors the prepared, right? The virus crisis might force some of Southwest's rivals into bankruptcy unless the government deigns to issue bailout payments at some point. Southwest is not facing that game-changing risk and should be able to bounce back with a vengeance when the crisis has passed.