The decision was made with little warning and no fanfare, but it wasn't exactly surprising given the company's ongoing struggle.

It's no secret that daily deals company Groupon (GRPN -2.74%) has been struggling, with last quarter's sales and earnings declines being only one of several the company has logged since 2015. But the abruptness and scope of the company's response probably caught some shareholders off guard after Wednesday's close. That's when a news release posted announced that both CEO Rich Williams and COO Steve Krenzer were no longer in those positions, although both were still employed by the company. Aaron Cooper, Groupon's president of North America, is now serving as interim CEO.

The announcement from the board of directors offered no explanation, though it's not difficult to believe the outbreak of the coronavirus in the United States has exacerbated the company's existing challenges. Groupon has moved further away from its initial focus on promoting the sale of physical goods and food to better prioritize consumer experiences, like tourist events and vacations. In the midst of voluntary and involuntary lockdowns, however, experiences aren't on many consumers' minds. 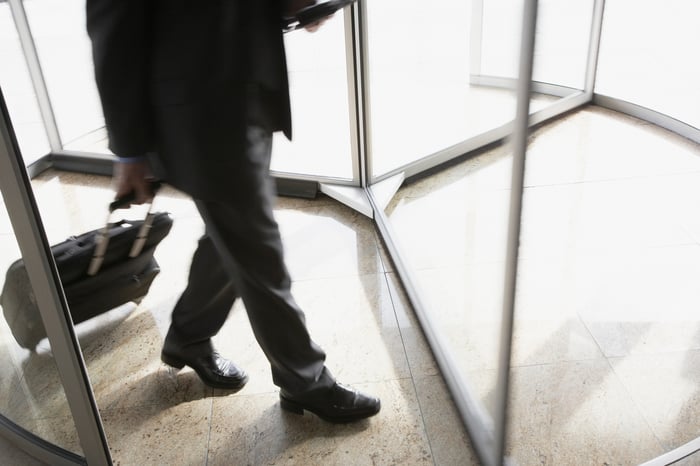 "The disruption created by the global pandemic ... is significant, and our immediate goal is to help millions of Groupon merchants, customers, and employees navigate the massive challenges they face," Cooper said.

Williams was named CEO in November of 2015, promoted from his position as COO. He had also served as president of North America but originally joined the company as senior vice president of marketing in 2011. His locally focused strategy put in place when he stepped into the chief executive role never quite achieved the traction hoped for.