Please ensure Javascript is enabled for purposes of website accessibility
Log In Help Join The Motley Fool
Free Article Join Over 1 Million Premium Members And Get More In-Depth Stock Guidance and Research
By Bram Berkowitz - Updated Mar 25, 2020 at 10:51AM

Marko Kolanovic tells clients that social distancing is working and he expects coronavirus to soon be a memory.

The global head of quantitative and derivatives at JPMorgan Chase (JPM -0.48%) is reportedly telling clients that the stock market could rebound to normal levels sooner than people think.

Specifically, Chase strategist Marko Kolanovic said that he expects markets to rebound by 40%, and that they could even reach record levels by the beginning of next year, CNBC Pro reports. 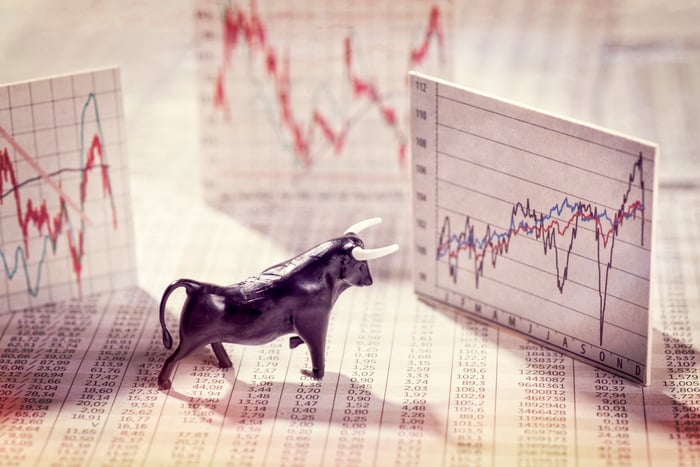 Kolanovic is so bullish is because he believes social distancing is working and that soon enough coronavirus will be a thing of the past.

"Over the next 10 days we will get into the month-end rebalancing period, which would prompt significant buying of equities," he wrote to clients, according to Yahoo! Finance. "The stark underperformance of equities vs. bonds MTD [month to date] leaves fixed-weight asset allocation portfolios about 4% underweight equities, which suggests they are likely to do a large rotation out of bonds and into equities to rebalance back to target weights."

Not all are on the same page with Kolanovic. Mark Vitner, a senior economist at Wells Fargo Securities, sees a much slower return to work.

"Economic activity will ramp up fairly slowly as supply chains will take some time to normalize," he said, according to Bloomberg.

The S&P 500 jumped more than 9% on Monday after news regarding the $2 trillion stimulus bill. The Dow Jones Industrial Average soared 11%, its best single-day percentage gain in 87 years.