Please ensure Javascript is enabled for purposes of website accessibility
Log In Help Join The Motley Fool
Free Article Join Over 1 Million Premium Members And Get More In-Depth Stock Guidance and Research
By Billy Duberstein - Mar 26, 2020 at 9:15AM

Investors in telecom operator CenturyLink (LUMN 2.92%) have had a rough go of it, even before the coronavirus crisis. The telecom has been hit hard since even before its 2017 acquisition of Level 3 Communications, as legacy services such as copper-based connectivity and landline phones have more than offset the growth of newer services such as high-speed fiber and edge computing.

That's led to overall company revenue declines, which have stoked fear on Wall Street. As you can see, CenturyLink's stock has badly lagged the market over the past few years. 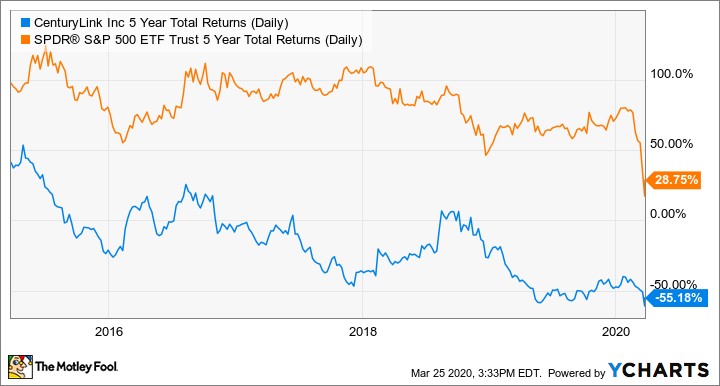 However, CenturyLink is also a very, very cheap stock at this point and is in the midst of  a turnaround. It has new management in the form of Jeff Storey, who came to the combined company from Level 3 and was installed by an activist investor. The company cut its dividend at the beginning of 2019 and has used the proceeds to bring down its debt load and invest in new fiber capabilities. Yet even with the dividend cut, CenturyLink still yields over 10% while only paying out about 33% of its free cash flow.

Apparently, members of management and the board of directors think the stock has gotten far too cheap in this panic-driven sell-off, and they recently stepped up to buy CenturyLink shares with their own money, even beyond their stock-based compensation. 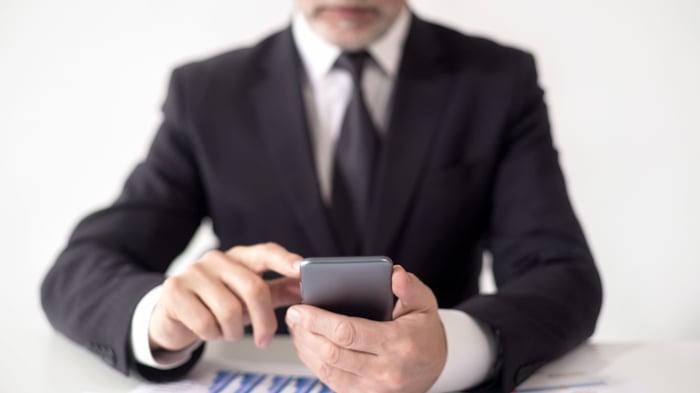 CFO and directors push their chips in

Between March 12 and 13, these directors and managers all purchased CenturyLink shares:

As you can see, the four officers above -- three directors as well as CFO Dev Indraneel -- bought a significant amount of stock between March 12 and March 13. While it would have been nice to see CEO Jeff Storey buy in as well, he already owns over 3.9 million shares of the company -- significantly more than anyone here. By insider purchase standards, these buys are somewhat modest, although Indraneel's and Glenn's purchases of about a quarter of a million dollars each are more significant.

It should be noted that just because insiders are purchasing stock, it doesn't mean that investors should necessarily follow. There's also considerable differences of opinion on CenturyLink. In fact, Citi analyst Michael Rollins just downgraded the stock from neutral to sell and lowered his price target from $13 to $6.

Rollins thinks that while CenturyLink's wireline business could see a near-term bump due to the need for virtual private networks as more companies transition to teleworking, he thinks a broader recession could cause further deterioration in CenturyLink's revenue.

However, while insider buying isn't a reason to buy, neither is an analyst downgrade a reason to sell. I'm not sure that a surge in VPN demand will necessarily taper off in a recession. CenturyLink's business is highly enterprise-focused on large multinational companies and governments. While small businesses could struggle in the future, and CenturyLink has those customers as well, large enterprises will probably want to purchase more network capacity.

On the recent conference call with analysts, when one analyst posed the question as to whether CenturyLink was a perpetually declining business, Storey responded:

It appears that CenturyLink's CFO and directors agree with Storey, and believe that coronavirus may further accelerate demand for CenturyLink's newer products enough to offset declines in legacy services.

While there is still considerable risk in any stock that yields over 10%, I tend to lean toward management's take on the company and the stock, and recently added to my stake below $9.