Please ensure Javascript is enabled for purposes of website accessibility
Log In Help Join The Motley Fool
Free Article Join Over 1 Million Premium Members And Get More In-Depth Stock Guidance and Research
By Brian Feroldi - Mar 26, 2020 at 8:00AM

It's time to get greedy with these beaten-down businesses.

Almost every stock has been hit hard in the COVID-19 sell-off. That's creating amazing buying opportunities for investors who have cash that can be quickly deployed. 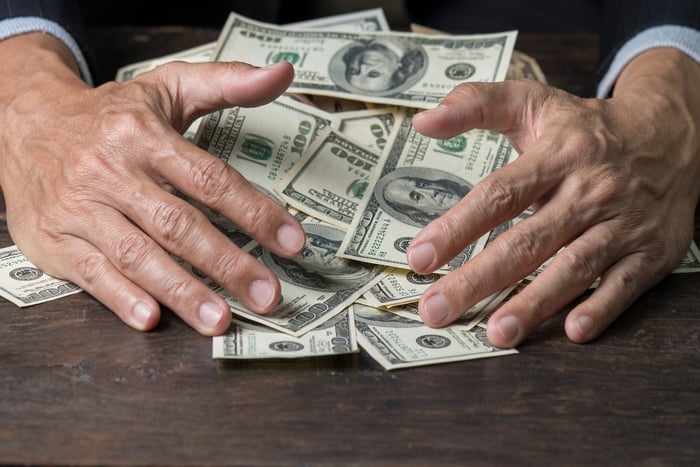 Pinterest has had a rough freshman year as a public company. The stock is down more than 40% since its public debut, with a lot of that sell-off occurring in the last month.

Traders are likely fearful that the COVID-19 pandemic will significantly curb Pinterest's growth. That logic makes some sense. Pinterest makes money through advertising, and it's highly likely that ad budgets are being slashed across the board. That could make it hard for Pinterest to achieve its 2020 targets.

However, it's also possible that the coronavirus could be benefiting Pinterest. Millions of consumers are currently stuck at home and are likely looking for ways to keep themselves occupied. Pinterest has become the go-to destination for millions of consumers who are in need of inspiration, so it's possible that the company's user metrics are currently surging. If true, that bodes well for long-term growth.

Pinterest's growth rate might take a hit in 2020, but the long-term opportunity continues to look amazing. Last quarter, Pinterest only generated $1.22 in revenue per user. By contrast, Facebook hauled in $8.52 per user during the same period. I'm confident that this gap will close in time and that Pinterest's revenue (and profits) can continue to soar.

Meanwhile, the recent bear market has pulled Pinterest's valuation to less than seven times sales. I think that's a bargain price for this high-quality growth stock.

Semler Scientific wants to fix that. The company's easy-to-use QuantaFlo test painlessly measures blood flow to the extremities in less than five minutes, arming providers with the data that they need to take action before it's too late.

Demand for QuantaFlo is starting to take off, and Semler is reaping the financial benefits from the gains.

Consider these amazing financial achievements in 2019:

Semler is still in the early innings of QuantoFlo's rollout, so 2020 will likely be another strong year of growth for the business. That fact hasn't stopped Semler's stock from dropping like a rock. Shares are currently down more than 30% from their February highs and currently trade for just 21 times forward earnings. That's far too cheap for a high-quality growth stock.

HealthEquity, which is a leading administrator of health savings accounts, has also been tossed in the discount bin recently. The stock is currently still down about 40% from its February highs.

It isn't hard to figure out why the share price has been pulverized. In February management guided for fiscal 2021 revenue to be in the range of $812 million to $820 million. However, when it reported earnings last week, management cut that range down to just $770 million and $790 million.

What gives? The answer is simple: Interest rates.

In mid-March, the Federal Open Market Committee (FOMC) announced that it was going to cut interest rates by 100 basis points. This affects HealthEquity directly because about 23% of its revenue is earned from the yield on its custodial cash. The sudden drop in rates naturally reduces revenue from the segment.

HealthEquity had no way of forecasting the drastic rate cut in mid-February, so it makes sense that it was forced to cut its guidance. That didn't stop traders from freaking out. However, they are overlooking an important fact: Lower interest rates are going to reduce HealthEquity's interest expense, too. Management expects the lower rates to save the company $20 million in 2020, so the overall effect of the interest rate change isn't that big of a deal.

That important detail hasn't mattered much. HealthEquity's stock has fallen so much that the stock is currently trading for less than 24 times next year's earnings estimates. I think that's an amazing price for a company that should be able to produce double-digit profit growth for the foreseeable future.