The S&P 500 and Dow Jones Industrial Average surged 5% and 4.7% Thursday afternoon, respectively, despite a historic spike in unemployment claims. New claims exploded to a record 3.283 million, a figure much higher than expected, and even above levels seen after the 2008 financial crisis.

But the markets' surge today, despite those frightening figures, emphasizes that many believe the economy will be able to snap back after the virus is under control. The gains also show that sometimes Wall Street prefers to have concrete numbers and data, rather than uncertainty, even when the numbers are brutal. 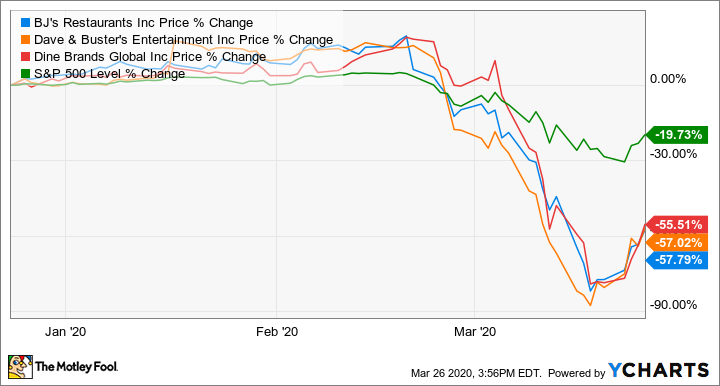 While the relief package seems promising, there's no question the restaurant industry has been one of the hardest-hit industries. Between some restaurant chains closing their doors, some going to carryout or delivery only, and the overall uncertainty of how long social distancing will be required, restaurant stocks have plunged. In fact, data from OpenTable shows that the year-over-year number of seated diners crashed 35% for March 13, and the trend is likely to get much worse with new data. 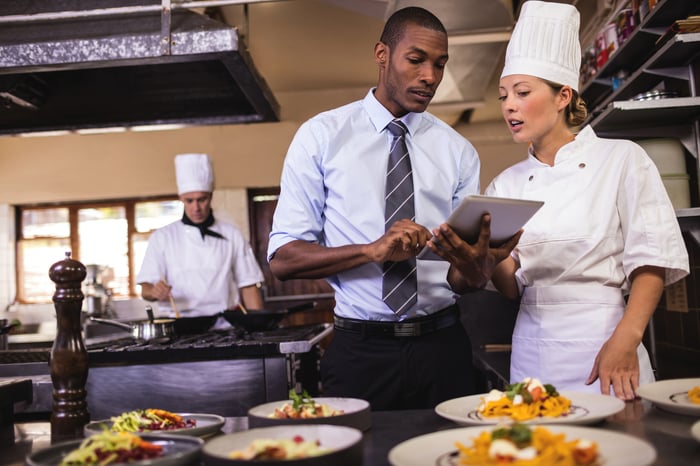 Thursday brought some relief with the previously mentioned companies' double-digit bounces, but the truth is that many restaurants will need help, or decisive actions, to get through this:

While restaurant stocks have rebounded on the hope of aid, and a possible faster snapback in economic activity once the outbreak passes, investors should take the gains with a grain of salt. If you're looking for bargains, you must do your due diligence: Dig into financials and see whether a restaurant chain has a strong enough balance sheet to weather the storm. Broader markets will almost certainly rebound from COVID-19 and its impacts, but not all stocks will, so invest wisely.