The next people to walk on the moon will get there with a little help from their friends at SpaceX.

Taking a giant leap forward, NASA has awarded SpaceX a contract to deliver cargo, science experiments, and supplies to the Gateway, a key component of NASA's Artemis program. Artemis's goal is to send the first woman and next man to the moon, in addition to establishing a sustainable human presence there.

In addition to housing laboratories and providing living quarters for astronauts, the Gateway will orbit the moon and provide astronauts with access to the lunar surface. NASA intends to launch multiple supply missions to the Gateway, where the cargo spacecraft will each stay for six to 12 months. According to NASA, "[t]hese firm-fixed price, indefinite delivery/indefinite quantity contracts for logistics services guarantee two missions per logistics services provider with a maximum total value of $7 billion across all contracts as additional missions are needed." 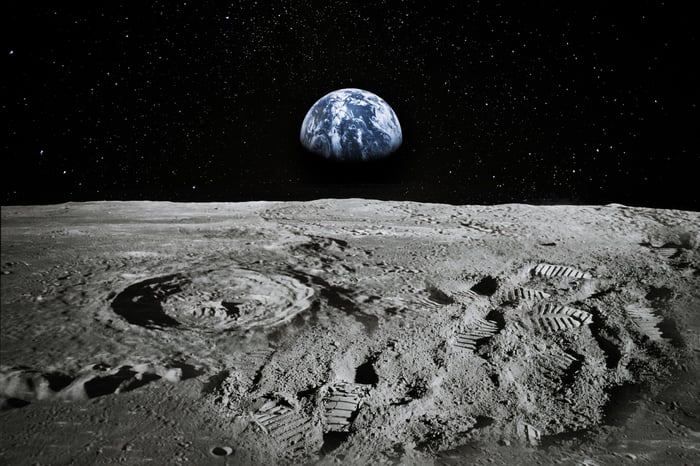 Speaking to the company's previous success in partnering with NASA, Gwynne Shotwell, president and Chief Operating Officer of SpaceX, said, "Through our partnership with NASA, SpaceX has been delivering scientific research and critical supplies to the International Space Station since 2012, and we are honored to continue the work beyond Earth's orbit and carry Artemis cargo to Gateway."

While NASA aspires to return to the moon in 2024, the space agency's subsequent goal is to send the first humans to Mars -- a feat which will be accomplished with the experience gained from the Artemis program and Gateway. According to NASA Administrator, Jim Bridenstine, "The Gateway is the cornerstone of the long-term Artemis architecture and this deep space commercial cargo capability integrates yet another American industry partner into our plans for human exploration at the Moon in preparation for a future mission to Mars."

Wining the Gateway Logistics Services contract is welcome news for SpaceX, which recently failed to successfully deploy the parachute of its Crew Dragon capsule during a test this week.