The steelmaker is cutting production and spending, and shoring up its cash position.

On Friday, U.S. Steel (X 1.48%) announced a series of moves it's taking to blunt the impact of the coronavirus pandemic on its business, including plans to temporarily shut down some facilities.

The actions, which the company describes as "aggressive and meaningful," are reactions to both the direct and indirect impacts of the pandemic. It specifically cited "sudden, significant changes in global oil and gas markets." 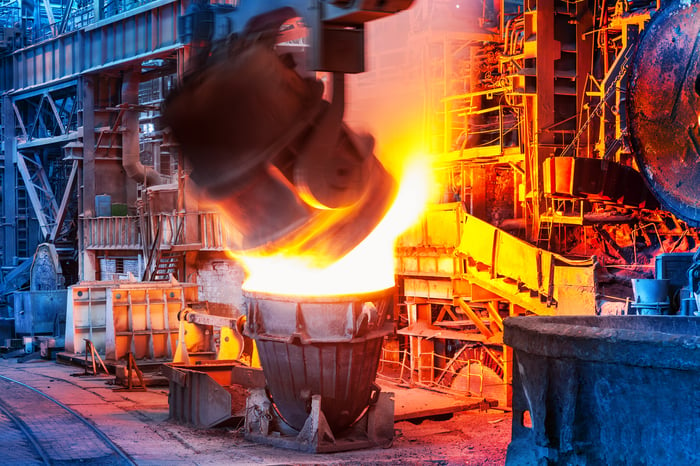 The company will immediately idle two of its blast furnaces, and intends to idle most or all of its tubular operations in late May. Much of the output of those tubular operations is purchased by companies in the oil and gas industry, where market conditions have deteriorated due to the plunge in oil prices, the company said.

In 2017, U.S. Steel initiated an Asset Revitalization Plan with the goal of transforming itself into a more flexible and competitive operation. But current conditions have management reassesing those plans. "The time has come for us to take aggressive actions to reposition the company," said President and CEO David B. Burritt in the statement.

In light of current conditions, U.S. Steel will reduce 2020 capital spending by $125 million from its previously planned level, primarily by delaying a previously announced modernization to its Mon Valley Works until market conditions improve, and suspending plans to upgrade its mill in Gary, Indiana.

Additionally, it announced that it would withdraw $800 million from its revolving credit facility, to be held as cash to increase its financial flexibility.