The COVID-19 pandemic will disrupt parts of GE's business this year, but a $20 billion asset sale set to close a few days from now will give General Electric ample flexibility to manage through the headwinds.

Just one-and-a-half months ago, shares of General Electric (GE -0.89%) touched a 52-week high as investors continued to gain confidence in the company's turnaround. 2019 was hardly a great year for the industrial conglomerate, as industrial free cash flow fell by nearly 50% year over year to $2.3 billion. However, that result was far better than the cash burn of up to $2 billion that management had predicted at the beginning of last year. Moreover, GE predicted that cash flow would start to improve in 2020, with further gains over the next couple of years.

Unfortunately, the rapidly spreading COVID-19 pandemic has undermined this sunny outlook. GE stock lost more than half of its value between mid-February and mid-March. While it recovered a bit last week, GE shares still ended the week down more than 40% from their recent high. 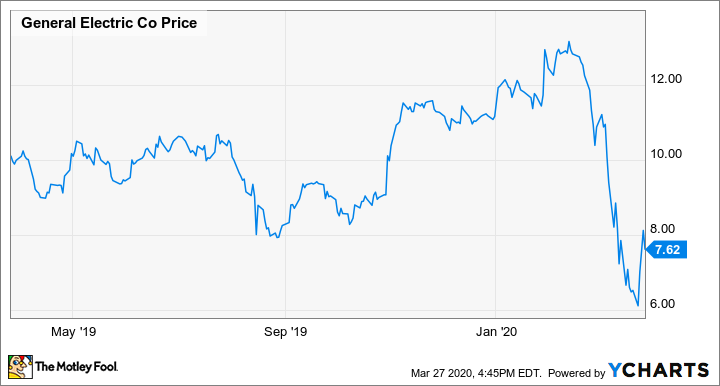 To some extent, this sharp sell-off can be attributed to worries about whether General Electric has the financial strength to withstand a big disruption to its business. Luckily, GE is about to close a major asset sale that will dramatically improve its balance sheet, virtually eliminating the risk of a cash crunch.

It's certainly true that the COVID-19 pandemic will hurt GE's profitability and cash flow this year. Most notably, air travel has collapsed in 2020 -- first in China, and then throughout the rest of the world. Airlines are reducing their flight schedules to an extraordinary extent. That means much less work for GE Aviation's services business, which maintains aircraft engines and provides spare parts. It could also disrupt production of new aircraft engines, as airlines will undoubtedly try to defer or cancel many orders in the months ahead.

In response, GE Aviation plans to reduce its U.S. workforce by 10%, with additional cuts likely overseas. It has also instituted a hiring freeze, canceled pay increases, reduced non-essential spending, and stated that there will be a temporary lack of work for half of its maintenance, repair, and overhaul employees for 90 days.

These cost-cutting moves will save $500 million to $1 billion this year. Still, that will only partially offset the severe revenue headwinds GE Aviation will face.

GE Aviation generated more than a third of GE's revenue in 2019, while accounting for about two-thirds of its segment profit and more than 100% of its industrial free cash flow. The sharp reversal in its fortunes will severely impact General Electric's full-year earnings and cash flow.

The aviation slowdown will hurt GE Capital, as well, via its large aircraft leasing subsidiary. Many airlines around the world are facing financial distress and will have trouble paying the rent for their aircraft. Some could even go bust. While GE would be able to repossess the planes it owns, it would be tough to release them in the current environment. 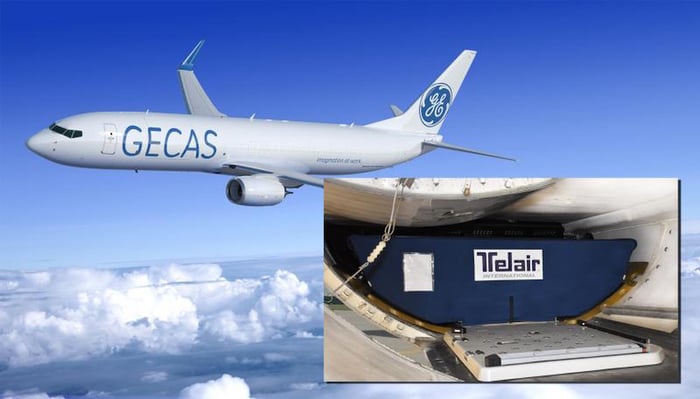 Other parts of GE's business will be less affected. In China, GE saw relatively minor impacts to its power and renewable energy segments.

Finally, COVID-19 is a mixed blessing for GE's healthcare segment. Demand for some kinds of equipment has increased -- especially ventilators. GE has already doubled its ventilator production capacity and will double it again by midyear. Separately, it's teaming up with Ford Motor to build additional ventilators. However, hospitals are delaying purchases of non-essential equipment, which could outweigh the surge in demand for certain items.

Cash flow concerns can be put to rest

Earlier this month, GE reiterated its guidance that it would produce between $2 billion and $4 billion of industrial free cash flow in 2020. However, that assumed no impact from COVID-19 beyond the first quarter, an assumption that clearly no longer holds. Considering the scale of the headwinds that GE Aviation faces, there's a good chance that GE will burn cash this year, particularly in the next quarter or two.

That's why GE's recent announcement that it received FTC approval to sell its biopharma business to Danaher was so important. The companies have been planning to close the deal by the end of March and have already received antitrust approval from more than half a dozen other jurisdictions. Additionally, Danaher raised all of the necessary financing in 2019. On March 19, GE confirmed that it expects the divestiture to close on March 31.

GE's net proceeds from the biopharma sale will total $20 billion -- a massive sum, even for GE. That amount of extra cash will give General Electric plenty of leeway to absorb any short-term working capital challenges from the COVID-19 pandemic and make up for lost profits from GE Aviation.

The long-term outlook is still solid

Prior to the COVID-19 outbreak, GE had planned to contribute $4 billion to $5 billion of the biopharma sale proceeds to its pension plan. Another $1 billion was to be used to pay down debt maturities, and about $12 billion would have repaid an intercompany loan from GE Capital (with that cash subsequently used to cover GE Capital's upcoming debt maturities).

In the near term, General Electric may hold on to much of the cash from the biopharma sale, keeping a larger-than-usual cash cushion to protect against volatility. But notwithstanding the impact of COVID-19, it should be able to use most of the sale proceeds for deleveraging later this year.

Looking further ahead, the pandemic shouldn't disrupt GE's restructuring actions in its power and renewables segments. Hospitals will eventually make up for the non-essential equipment orders they are currently delaying. And while GE Aviation faces near-term headwinds, global air travel demand will return to growth before long. Airlines are likely to retire many of their older jets this year, so when traffic does pick up, they'll need to increase utilization of their remaining aircraft (boosting GE Aviation's service revenue) in addition to buying new jets.

As a result, while GE may report another year or two of weak results due to the impacts of COVID-19, it's still in a position to generate much higher earnings and cash flow a few years from now. Assuming the biopharma sale closes as scheduled in the coming week, GE looks stock quite attractive at its marked-down valuation for patient investors with at least moderate risk tolerance.