Please ensure Javascript is enabled for purposes of website accessibility
Log In Help Join The Motley Fool
Free Article Join Over 1 Million Premium Members And Get More In-Depth Stock Guidance and Research
By Rick Munarriz - Mar 30, 2020 at 10:55AM

The smallest of the three cruise chains could come out ahead in this brutal operating climate for the industry.

It's hard to find a sector that's been harder hit than the cruise industry. Carnival Cruise Line (CCL 4.48%) (CUK 4.10%), Royal Caribbean International (RCL 3.99%), and Norwegian Cruise Line (NCLH 2.83%) have been slammed recently, bearing the brunt of the coronavirus outbreak that has largely ceased sailings for more than two weeks.

Norwegian Cruise Line is the smallest of the three players, with an enterprise value of $9.4 billion -- less than half of either Carnival or Royal Caribbean. All three players are heavily leveraged, which explains why their market caps are much smaller than their enterprise values. There are certainly disadvantages to being the distant bronze medalist in an industry ripe for a shakeout, but let's go over why Norwegian Cruise Line may be the better bet of the three publicly traded players right now. 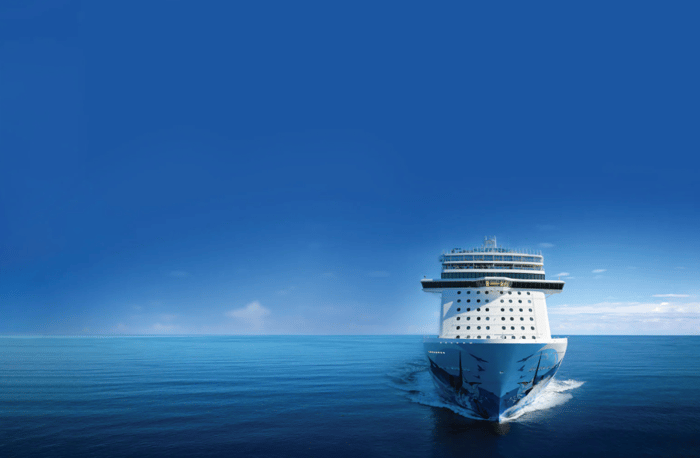 Income investors with a penchant for gambling are eyeing NCL's rivals. Royal Caribbean commanded a yield of 9% at Friday's close, and industry leader Carnival is turning heads with its 13.9% yield. The problem here is that none of those dividends are sustainable in the current environment.

A government bailout isn't in the cards for the industry -- at least not a handout from this government because none of the three entities are registered U.S. companies. The longer the ships stay docked, the greater the need to line up financing, and you can be sure that creditors aren't going to want to see Carnival and Royal Caribbean borrowing to return money to their shareholders through what promises to be at least a couple of challenging quarters. Carnival and Royal Caribbean may take a hit the moment that they dramatically cut their dividend or nix their payouts completely. Income investors will move on, but since Norwegian Cruise Line has never declared distributions, those shareholders are already familiar and comfortable with a 0% yield.

2. It has already taken the biggest stock hit

They say that the bigger they are, the harder they fall, but that doesn't usually apply to stocks. All three stocks have taken a beating, but the biggest bruises currently belong to Norwegian Cruise Line investors. The stock's open on Monday was 81% lower than the 52-week high it hit just two months earlier.

Royal Caribbean investors were down 76% since its all-time January highs at Monday morning's open, and the same goes for Carnival with its 76% plunge since last year's springtime highs. Those shareholders aren't laughing at Norwegian Cruise Line investors, that's for sure.

One explanation for Royal Caribbean and Carnival performing at least relatively better than Norwegian Cruise Line is that those stocks pay beefy dividends, attracting both yield chasers and turnaround speculators trying to catch these falling knives. One can also argue that it's a flight to quality, as investors gravitate to the industry's larger players. However, once the industry bounces back -- and it will, at some point and in some shape or form -- it's easy to see why Norwegian Cruise Line, as the hardest hit of the three, will be leading the charge on the way back up.

3. A shakeout could benefit NCL as a takeover target

This is an industry where consolidation has been the norm. Carnival owns several cruise lines, and that unfortunately includes many of the vessels currently embroiled in some of the more notorious coronavirus quarantine cases.

The industry will shrink as a result of the current canceled sailings, and the negative headlines will weigh on demand for several quarters after these ships start sailing again. All of the players will feel the pinch, but this will probably be the time when Carnival or Royal Caribbean -- or perhaps a new player that isn't even in the cruise line market right now -- decides to make a splash by making a buyout offer for Norwegian Cruise Line. It's fair to say that Norwegian Cruise Line won't be in much of a position to demand a huge premium, especially if it's teetering on the brink of capsizing due to a lack of liquidity. However, Norwegian Cruise Line will be in play to some extent once the storm has passed, and it will be a more logical buyout candidate than the two larger players. With folks bracing for a recession and the cruise industry out of favor, it's hard to fathom sector consolidation, but if and when it happens, Norwegian Cruise Line could be a beneficiary.