Please ensure Javascript is enabled for purposes of website accessibility
Log In Help Join The Motley Fool
Free Article Join Over 1 Million Premium Members And Get More In-Depth Stock Guidance and Research
By Rich Duprey - Mar 30, 2020 at 11:21AM

The internet giant wants to focus all of its efforts on combatting the coronavirus pandemic.

Alphabet (GOOG 2.36%) (GOOGL 2.39%) doesn't think the coronavirus is a laughing matter, so its Google division is cancelling its annual April Fools' pratfalls "out of respect for all those fighting the COVID-19 pandemic."

According to an internal memo first reported on by Business Insider, Google is nixing its usual corporate light-hearted fare and is also asking employees to "suss out those efforts and make sure your teams pause on any jokes they may have planned -- internally or externally." 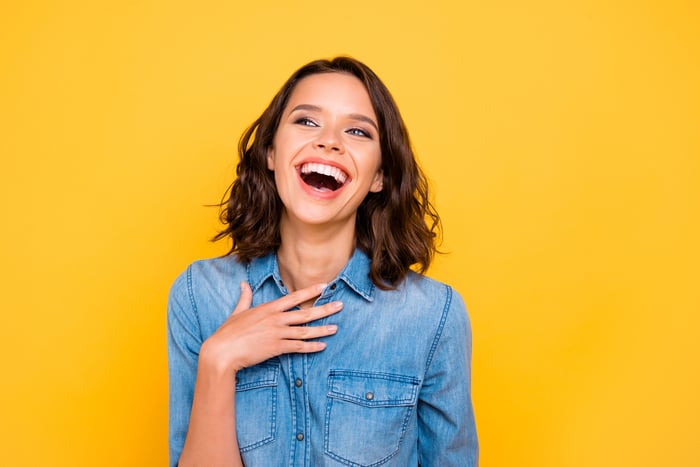 A time and place for laughter

Google has run April Fools' Day pranks for two decades -- even after the September 11 terrorist attacks -- and they usually span all of its properties. However, there has never been a national, let alone global, emergency playing itself out during the immediate period ahead of the holiday.

While some have tried to cancel April Fools' jokes in past years for various reasons, others argue pulling pranks on friends, family, and colleagues -- even on the internet itself -- is simply harmless fun. During periods of unrelenting dour news, it is a useful relief valve, a sort of gallows humor that breaks the oppressive gloom of the situation.

"Our highest goal right now is to be helpful to people, so let's save the jokes for next April, which will undoubtedly be a whole lot brighter than this one," Google's internal memo said.

There is certainly some sense to Google postponing such festivities, as it is busy ensuring critical, potential lifesaving information is readily available on the internet. It is developing websites to serve as a national clearinghouse for the coronavirus, risks, and testing.