The deal appears to be calculated to move Rosneft off a U.S. economic blacklist.

Hurt by the plummeting price of oil, and slack demand for oil worldwide, Venezuela's oil industry is in trouble. Over the weekend, in what appears at first glance to be an acknowledgement of this fact, Russia's state-controlled oil company Rosneft announced "the termination of its operations in Venezuela and the disposal of its assets, related to operating in Venezuela."

But is that really what's going on here? 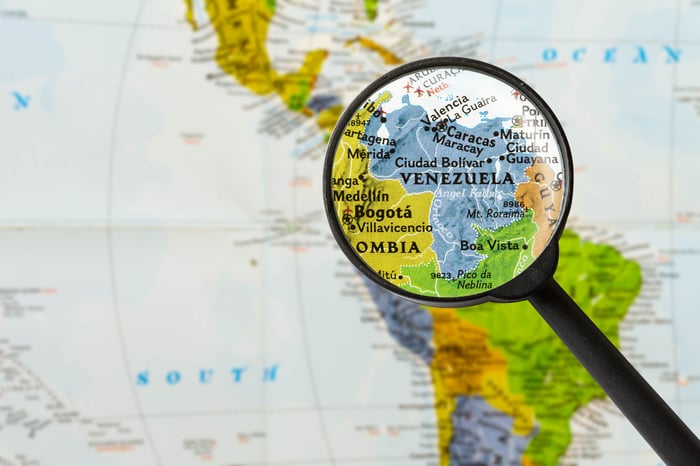 On Saturday, March 28, Rosneft announced it has agreed to sell "all of its interest and cease participation in its Venezuelan businesses, including joint ventures of Petromonagas, Petroperija, Boqueron, Petromiranda and Petrovictoria, as well as oil-field services companies, commercial and trading operations" to an unidentified party that is described only as a "company 100% owned by the Government of Russian Federation." In exchange for all the above, Rosneft will be paid "9.6% share of Rosneft's equity capital," which amount "will be held by a 100% subsidiary of Rosneft and accounted for as treasury stock."

Rosneft says this deal disposes of, terminates, or liquidates all of its "assets and trading operations ... in Venezuela and/or connected with Venezuela" -- and this is probably the real point of the sale.

As The Wall Street Journal notes in a story on the development, Rosneft's sale "comes less than three weeks after the Trump administration added a subsidiary of Rosneft, Geneva-based TNK Trading International SA ... to its financial blacklist for allegedly helping Venezuela sell its oil in violation of U.S. sanctions." But if Rosneft no longer owns the Venezuelan assets, then logically, its subsidiary should no longer be on the blacklist, right?.

At the same time, Russia retains control of the assets, just under a different corporate name. Which name specifically? We still don't know.