Aiming to boost the weather app on its iPhone, iPad, and other devices, Apple (AAPL -0.24%) has acquired Dark Sky, a popular weather app.

Dark Sky announced the deal, which was for an undisclosed price, on its Website earlier Tuesday, saying it is "thrilled to have the opportunity to reach far more people, with far more impact, than we ever could alone." 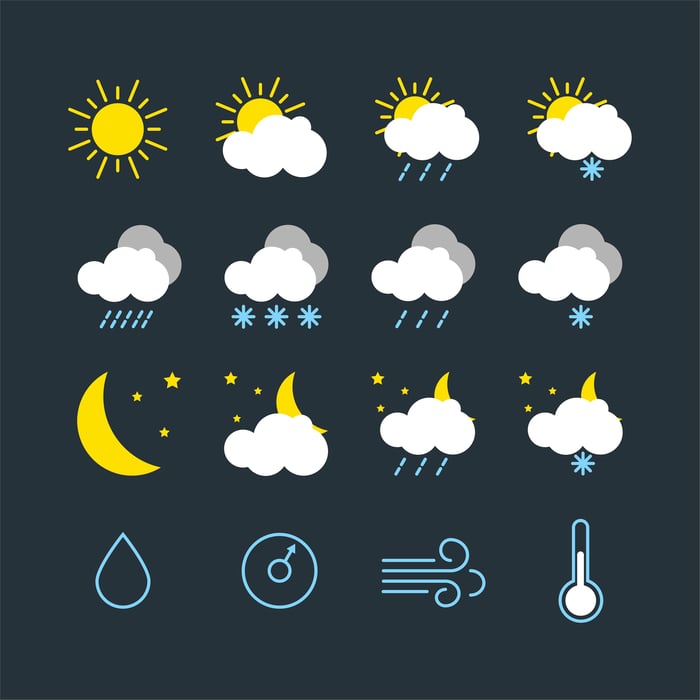 Dark Sky said there will be no changes to the iOS version of its weather app but that the app will no longer be available for download for Android and Wear OS app users. Service will continue for existing Android users until July 1, when the app will be shut down. The Dark Sky website will remain operational until July 1 and will remain active through the end of 2021 to support API and iOS App customers, co-founder Adam Grossman said in the blog. The Dark Sky app costs $3.99 in Apple's App Store.

"Our goal has always been to provide the world with the best weather information possible, to help as many people as we can stay dry and safe, and to do so in a way that respects your privacy," wrote Grossman. Dark Sky has been rebranded Dark Sky by Apple.

By purchasing Dark Sky, Apple gets its hands on a weather app that has become popular for its ability to provide users with specific data and weather alerts. Apple's native weather app hasn't gotten much of an overhaul in recent years, last receiving a major upgrade with the launch of iOS 7 in June of 2013.