With Zoom usage surging and reports of hackers interrupting virtual meetings surfacing, New York's Attorney General wants to know what security enhancements the company has made.

With Zoom usage surging as millions of people are forced to work and stay home, the New York AG is worried about Zoom's ability to handle the influx. 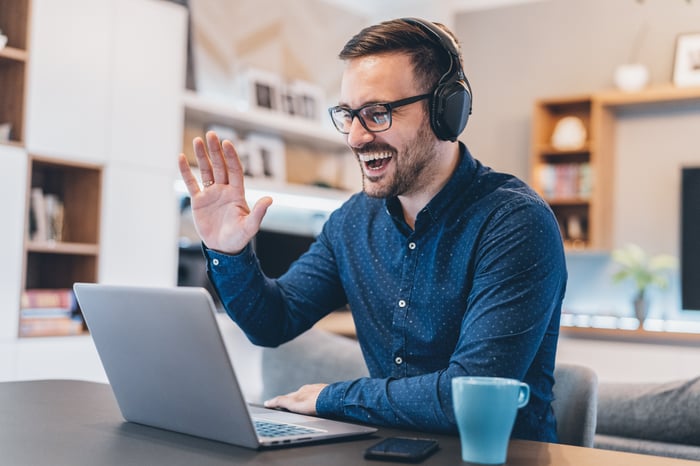 In a letter to the company, obtained by the New York Times, James inquired about any new security enhancements Zoom put in place because of the increase in network traffic.

Calling Zoom an "essential and valuable communications platform," James said she was concerned that Zoom has been slow to address flaws in its security that may enable "malicious third parties to, among other things, gain surreptitious access to consumer webcams."

With companies relying on Zoom for meetings, schools conducting classes on the app, and families using it to stay in touch, reports have surfaced of hackers have interrupting video sessions by doing what is now being called "zoombombing." In the letter, James also expressed concerns Zoom is sharing data with Facebook (META -1.01%) and requested information on the data Zoom collects and what it does with it.

Over the weekend, Zoom updated its privacy policy, announcing it has implemented safeguards to protect privacy, including what it called "robust and validated" controls to prevent unauthorized access to content users share during meetings. Participants are now notified by audio and video if the meeting is being recorded. Zoom also said it doesn't collect or sell users' data and has taken steps to protect the privacy of students and educators.

"While Zoom has remediated specific reported security vulnerabilities, we would like to understand whether Zoom has undertaken a broader review of its security practices," James wrote in the letter to Zoom.