The banking giant is also halting repurchases of its ordinary shares.

Shares of sprawling international bank HSBC Holdings (HSBC 0.33%) tumbled on Wednesday, following the company's announcement that it is suspending its dividend.

The move follows a request originating from the Bank of England that the UK-based HSBC not pay its upcoming quarterly distribution, which was scheduled to be handed out later this month. Upon meeting to discuss this request, the bank's board decided to accept it, and to extend the dividend suspension through the end of this year. It also elected to do the same for repurchases of its ordinary (common) shares. 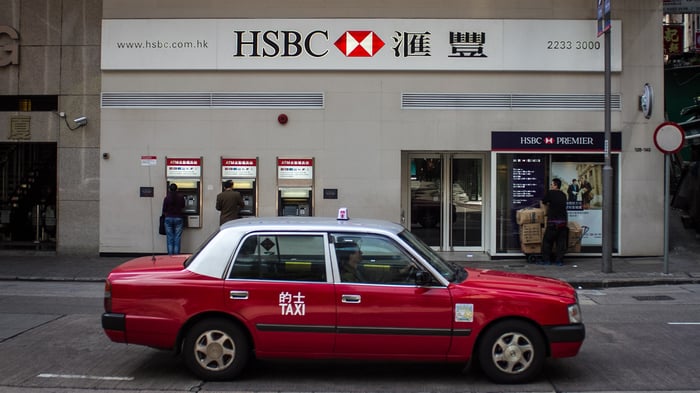 The reason, naturally, is the potentially crushing impact of the SARS-CoV-2 coronavirus outbreak on the world economy. In its announcement, HSBC said that it "has a strong capital, funding and liquidity position," but the bank also noted "significant uncertainties in assessing the time period of the pandemic and its impact."

The dividend that was to be paid this month amounted to $0.21 per ordinary share, and was scheduled to be distributed on April 14.

HSBC's suspension of its dividend and stock buybacks is only the latest retrenchment for the company. In February, it announced a set of measures aimed at cutting expenses and increasing efficiency. It is to cut a minimum of 35,000 jobs around the world over the next three years. In the U.S., it plans to reduce its securities trading activities and reduce its retail branch network by around 30%.

Investors seem pleased with none of this. On Wednesday, as the overall stock market fell more than 4%, HSBC's U.S.-listed shares fell by more than 10%.