It has been approximately two weeks since Shake Shack (NYSE:SHAK) shut down dine-in and went to a take-out and delivery only model, but now it has a fresh approach for those hankering for its special taste with a do-it-yourself burger kit. This Shackburger kit gets delivered to the purchaser's door, making it possible to cook and enjoy the chain's distinctive recipes safely in their own kitchen during the coronavirus pandemic.

Each kit contains most of the ingredients needed to make eight Shackburgers and costs $49. The contents include eight Shake Shack-style patties, eight GMO-free potato rolls, American cheese, and four ounces of the company's proprietary "ShackSauce." The kit doesn't contain the lettuce or tomatoes usually featured on Shackburgers, and the instructions suggest the buyer "bring your own" toppings, such as pickles and salt. 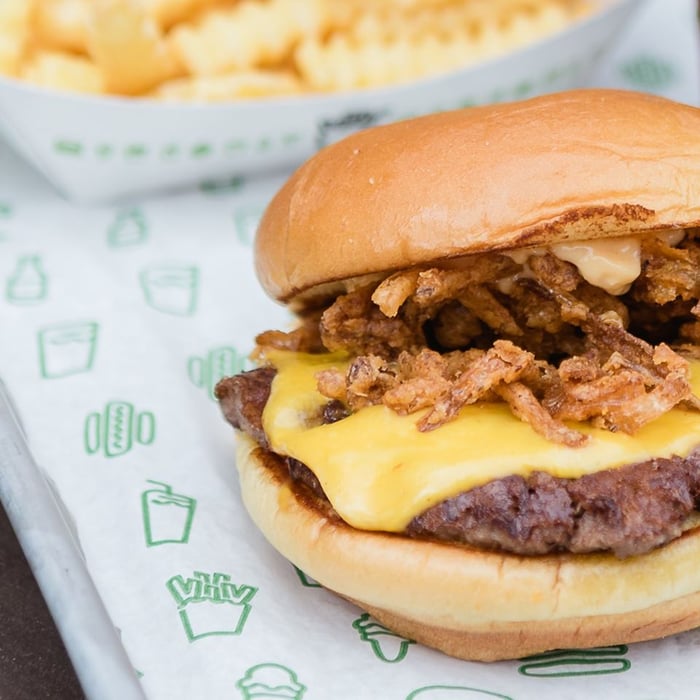 The instructions suggest not freezing the food, which destroys the meat's quality. The kit comes with an effective "best before" date of one week, meaning single purchasers will have to eat at least one Shackburger per day to ensure maximum freshness and flavor.

Actual sales and delivery of the kit are handled by Goldbelly, an online restaurant partner specializing in meal kits. Goldbelly CEO Joe Ariel remarked, "We're honored to partner with our friends at Shake Shack to create this magical box of Shack Burgers that you can have Goldbelly'd to your door," while noting the kits can be delivered anywhere in the USA.

Shake Shack Culinary Director Mark Rosati describes the restaurant as championing "innovation" with the launch. The move by Shake Shack blurs the line between fast food and gourmet food, which more typically appeared as DIY meal kits up to this point.