Cruise stocks had their worst month ever.

Shares of Norwegian Cruise Lines (NCLH 0.53%) fell 70.6% in March, according to S&P Global Market Intelligence. Like the other major cruise lines, Norwegian suffered due to the outbreak of COVID-19 across the globe, which prompted all cruise companies to suspend service indefinitely. Although Norwegian has given a date of May 10 for the potential resumption of services, that date has already been extended once, and likely will be again.

However, cruise line operators have an additional problem, and one that goes beyond those of other similarly hit industries. 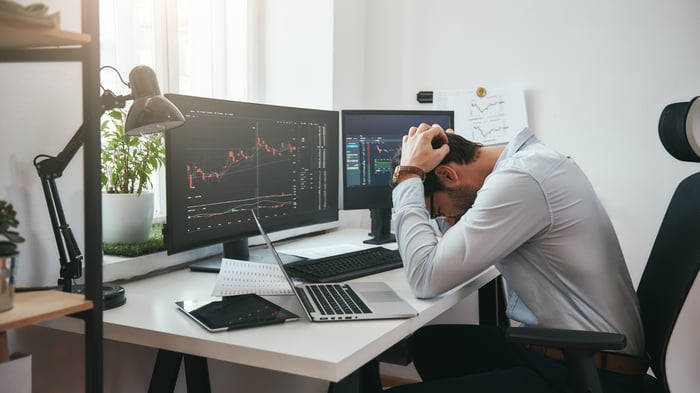 All of the major cruise lines have a few big common problems. First, they have employed significant amounts of debt in pursuit of both expansion and capital returns. Given their normally stable business as well as a decade of low interest rates, that strategy made sense -- until now.

But now that the cruise lines are entering a period in which they'll receive zero revenue for an uncertain period of time, they will either need liquidity or go bust. Norwegian competitor Carnival (CCL -6.06%) recently filed for a debt and equity offering of $3 billion, while also drawing down its $3 billion revolver -- though the equity offering portion was just lowered by $750 million, and the coupon on the debt was a stunningly high 11.5%. Meanwhile, rival Royal Caribbean (RCL 1.26%) recently drew down its $2.2 billion revolver on March 23. Norwegian hasn't announced a debt offering or revolver drawdown yet, but it will eventually need to make a move in all likelihood.

Yet if the quarantines go on for a period of months, all companies will burn through cash at a rapid rate. And while other major industries can potentially get bailout loans or guarantees from the federal government, the recent CARES Act stimulus bill only applies to companies organized in the U.S. That leaves the major cruise lines out of any potential federal bailout, at least for now.

Though the cruise lines are facing potential bankruptcy, it's unclear if the U.S. government will be willing to help a consumer discretionary industry that doesn't pay U.S. corporate taxes. Yet even if the cruises slog through this period on their own without federal help, they're likely to come out the other side highly diluted and laden with debt, which will diminish equity value going forward. While bargain hunters might be tempted to buy a stock that's down this much, I'd stay away and look to safer industries.