The bank's research team is projecting the loss of 20 million jobs, and a 10.4% contraction of U.S. GDP.

Although more than 10 million U.S. workers have applied for unemployment over the last two weeks, the situation is likely going to get a lot worse.

Bank of America's research team recently released a report that suggests as many as 20 million jobs could be lost because of the coronavirus pandemic, sending the unemployment rate past 15%. In addition, the research team now thinks U.S. GDP could contract for three straight quarters, resulting in a total decline of 10.4%.

Just a few months ago, unemployment in the U.S. was below 4% and the Bank of America research team was projecting U.S. GDP growth of about 2% for the year. 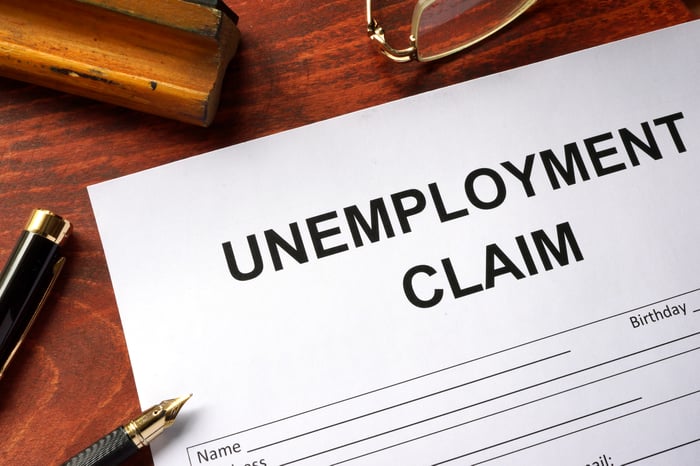 "This will be the deepest recession on record, nearly five times more severe than the post-war average," Bank of America economist Michelle Meyer wrote in a research note, adding that while consumer spending should improve in the third quarter, "we expect further contraction in business and residential investment."

Bank of America said it expects to see that first-quarter GDP shrank by 7%, and forecasts that second-quarter GDP will decline by 30%, followed by a relatively gentler 1% decline in the third quarter.

"The pain is unlikely to subside quickly as many states have reported major backlogs of [unemployment] applications," Meyer wrote.

The $2 trillion stimulus bill recently passed by Congress to help cushion the economic blow of shelter-in-place orders and business shutdowns was the third major piece of legislation enacted in response to this crisis, and it may not be the last.

Meyer speculated that future federal aid efforts could include additional tax rebates, the expansion of unemployment benefits, and more funding for small businesses.

"Beyond that, other stimulative measures such as a payroll tax cut or a major infrastructure bill could be needed to resuscitate the economy," she added.