Please ensure Javascript is enabled for purposes of website accessibility
Log In Help Join The Motley Fool
Free Article Join Over 1 Million Premium Members And Get More In-Depth Stock Guidance and Research
By John Ballard – Apr 3, 2020 at 11:32AM

The athletic apparel brand will keep paying employees while their stores are closed, and is offering online sweat classes to keep customers engaged.

On Thursday, lululemon athletica (LULU 0.14%) announced several new initiatives to protect and support its employees who are affected by the novel coronavirus. While all but one of its stores in China have reopened, its stores in North America, Europe, Australia, New Zealand, and Malaysia remain closed. The company said it is extending those closures, but will continue to pay employees for the next few months.

"We have extended our temporary store closures until it is safe to reopen each location, and will keep store employees on payroll through June 1, whether our stores reopen or remain closed," McDonald said in a letter to the Lululemon community. 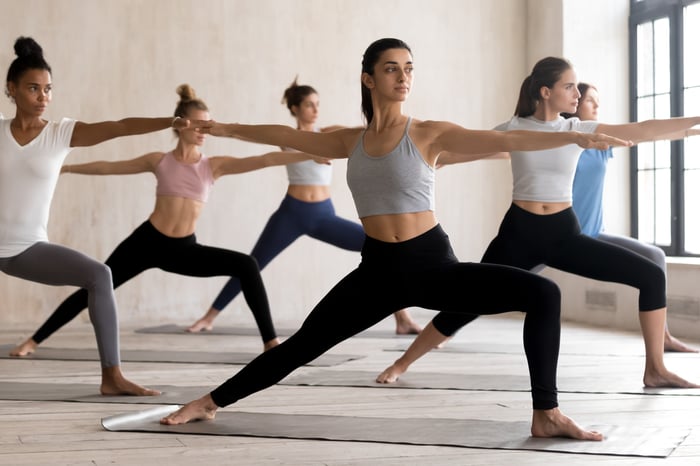 Executives are taking a pay cut

Lululemon also announced that its senior leadership team will take a 20% pay cut for the next three months, and members of the board of directors will forgo their cash retainer. "The cost savings will be used to establish the new We Stand Together Fund to aid employees affected by the current COVID-19 crisis who are facing hardships in their lives," McDonald said.

This news comes after the company announced in March that it was establishing a Global Relief Pay plan to help employees through this crisis, and it would also create a $2 million Ambassador Relief Fund to help cover basic operating costs for ambassador-owned sweat studios.

The company also said it has implemented enhanced health and safety measures to protect employees who work at its distribution centers.

While its stores remain closed, the company is offering online sweat classes through its website and social media, which could help boost its e-commerce business. Both Nike and Lululemon reported strong growth in their respective digital businesses last quarter. Digital sales make up more than 28% of Lululemon's business.