With the U.S. economy reeling in March from shutdowns, quarantines, and other disruptions originating with the COVID-19 epidemic, The Cheesecake Factory (CAKE 0.46%) saw its restaurant comparable store sales crash by 46% during the month. The event interrupted a moderately positive trend and should put quarterly comparable store sales overall into negative territory, down approximately 13%.

The information comes shortly after The Cheesecake Factory furloughed 41,000 of its hourly workers for an indefinite period. It also stated that it won't pay its April rent, and that its CEO, executives, and corporate workforce will all take a temporary pay cut during the crisis. 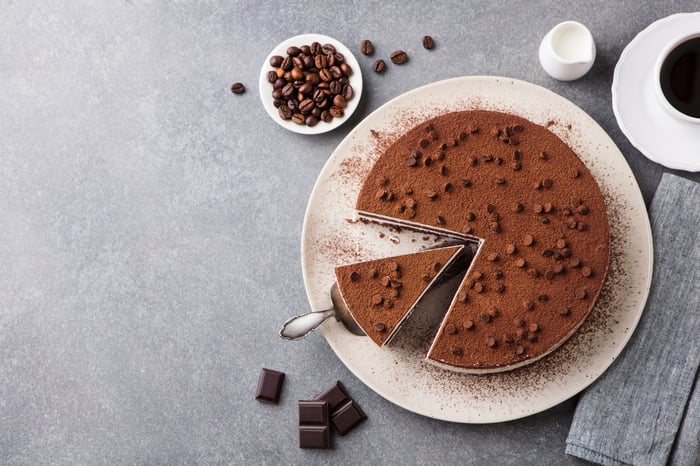 Before the novel coronavirus slammed the U.S. economy, quarterly comparable sales were showing an approximate monthly growth rate of 3%. This trend continued through February before the abrupt March reversal. The Cheesecake Factory cautions that all of these figures remain preliminary at this time.

The company says it has rapidly reconfigured to a delivery-only model, thanks to its strong long-term experience in off-premise selling. According to its April 2 news release, its delivery sales have skyrocketed 85% since last quarter, helping to offset the loss of sales at physical restaurant locations.

It states that the high delivery sales translate to $3 million in sales at every currently closed restaurant location, if annualized. Because of the strength shown by off-premise sales, the company notes, "restaurants are operating sustainably at present under this model." Nevertheless, the company's share value has dropped over twice the general restaurant industry fall of 27.4% since Jan. 1, plunging more than 61%.