Closures, cancellations, and recession are not good for business.

With the Dow, the Nasdaq, and the S&P 500 stock indexes all down close to 2% at 1 p.m. EDT on Friday, it's looking like this week will end on another down note. Shares of companies tied to the entertainment industry are being hit particularly hard today, with concert promoter and ticket retailer Live Nation Entertainment (LYV) down 11.5%; cinema operator AMC Entertainment (AMC) off 8.5%; and National CineMedia (NCMI), which sells ad space for display before movies start, trading 10% lower. 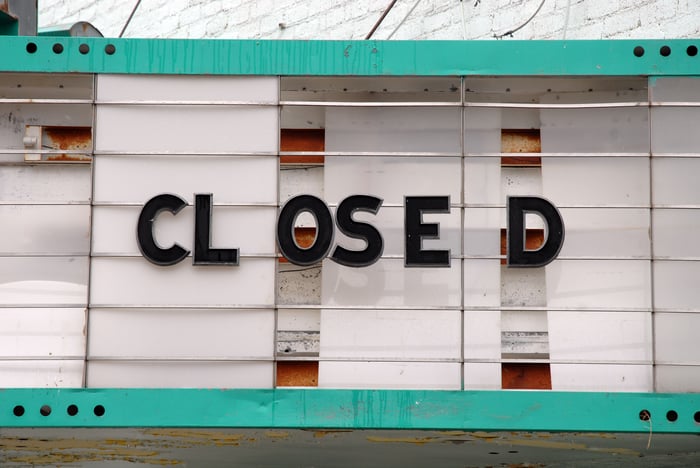 This morning, analysts at Morgan Stanley cut their price target on Live Nation in half, citing "near zero" visibility on when social-distancing advisories will be lifted, and concerts can begin running again. Morgan Stanley hopes to see Live Nation back up and running by July, but is not discounting the possibility that it will take until October for things to return to normal.

AMC has its movie theaters closed for the duration as well, and on Wednesday, it was reported that it is in such dire financial straits that it has hired a law firm to advise it on a potential restructuring of its debts.

And with movie theaters closed, there won't be much of a market for movie theater trailers -- bad news for National CineMedia as well.

Bad as all this sounds, things could still get worse. Assorted economic forecasts over the past couple of days gauged how bad the recession could get:

Apologies for ending the weak on such a bleak note, but if you were wondering why these three stocks are down so much today, now you know the answer.