Please ensure Javascript is enabled for purposes of website accessibility
Log In Help Join The Motley Fool
Free Article Join Over 1 Million Premium Members And Get More In-Depth Stock Guidance and Research
By Reuben Gregg Brewer – Apr 3, 2020 at 9:18AM

The engine maker didn't fall as much as the market, but that doesn't mean there's nothing to worry about.

Shares of engine maker Cummins (CMI -0.65%) fell 10% in March, according to data from S&P Global Market Intelligence. However, that isn't the full picture, as the stock was actually down as much as 30% at one point during the month, which included both the official start of a bear market and the return of a bull just a few days later. To suggest it was a volatile period would be an understatement. And, at the end of it all, Cummins' decline was actually less than that of the S&P 500 Index, which fell roughly 13%.

It should be pretty obvious to everyone that COVID-19 is the big story. As the virus spread from China to the rest of the world, countries began to lock down in an effort to slow the disease. Social distancing is the fancy word for it, but the real impact is that life as usual stopped. Businesses across the world closed their doors, and there's no telling when they will reopen again. At this point, it looks highly likely that there will be a global recession. 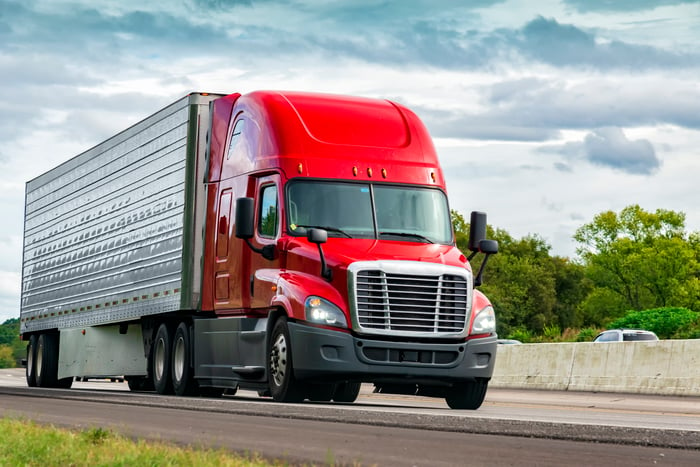 And this is where the story gets interesting with Cummins. The only thing this industrial name does is make engines, largely for heavy-duty trucks. It's an iconic company, but it is still a supplier to a highly cyclical industry. When times get tough, there's usually a drop in the number of trucks getting bought and built. That deep 30% decline in the middle of the month was actually deeper than the decline of the S&P 500, as investors feared the worst. The snapback in Cummins' shares by the end of the month was nice to see, but investors shouldn't take that to mean that the basic fundamentals of the company's business are any different now than they were when the stock was crashing.

Simply put, if there is a global recession Cummins stock is likely to get hit again. And the drop will probably be worse than that of the broader market. The engine maker's business is cyclical, and that's just how history shows things work.

None of this is meant to suggest that Cummins is either a good or bad company -- only that COVID-19 is having a material impact on the global economy and it's not a good one. Demand for Cummins' engines tends to go up and down with economic activity, so the company's future looks, at best, uncertain right now. Don't read too much into the fact that, at the end of March, Cummins' stock didn't fall as much as the broader market. There's still plenty of downside risk here.