Please ensure Javascript is enabled for purposes of website accessibility
Log In Help Join The Motley Fool
Free Article Join Over 1 Million Premium Members And Get More In-Depth Stock Guidance and Research
By Royston Yang - Apr 3, 2020 at 8:59AM

The rapid spread of COVID-19 has resulted in extensive closures.

The decline has taken the shares of the restaurant operator to a nearly six-year low. Year to date, the shares have tumbled by a whopping 51%. 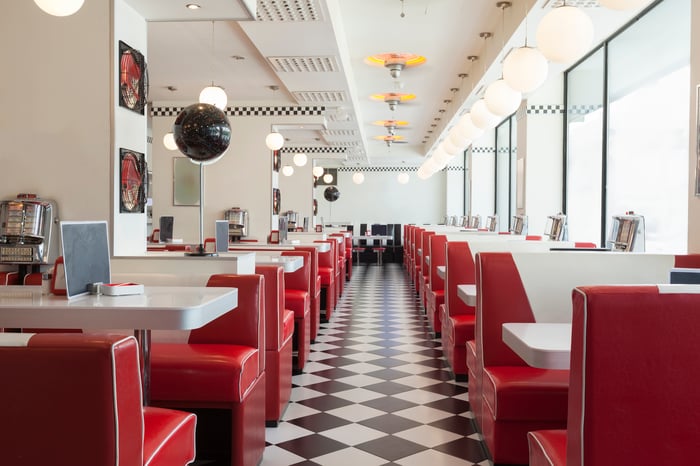 As the COVID-19 pandemic swept through the U.S. in late February and early March, shares of Darden were already on a downtrend. As the virus spread, many states were implementing strict rules on social distancing and asking people to stay home.

During the company's third-quarter fiscal year 2020 earnings release on March 19, it announced that it would be suspending its quarterly cash dividend because of the worsening conditions surrounding COVID-19. This was due to uncertainty driven by the significant reduction in restaurant seating capacity and other restrictions mandated by state and local governments.

The company also withdrew its full-year financial outlook for fiscal 2020. Same-restaurant sales for the week just before the earnings release were down 20.6%.

On March 20, the company announced the closure of its 1,800 dining rooms nationwide. These include the popular Longhorn Steakhouse and Olive Garden brands. CFO Rick Cardenas mentioned that sales were down as much as 60% on the Wednesday before the closure.

CEO Gene Lee mentioned on the latest conference call that the company is developing a plan to use money from the federal stimulus package to cover employees' pay for now.

The situation remains fluid and highly uncertain, so investors should watch for more updates from the company on when its stores can reopen.