A big earnings beat and heightened demand for some of its core products are helping the food company outperform the market.

Shares of Campbell Soup (CPB -1.18%) climbed 2.3% in March, according to data from S&P Global Market Intelligence . The stock rose early in the month following the release of the company's second-quarter results and proved resilient despite a substantial sell-off for the broader market. 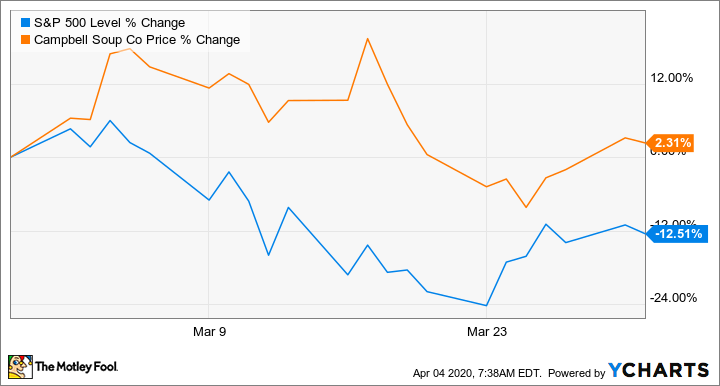 Global markets suffered in March as concerns about the novel coronavirus pandemic weighed on stock prices, but Campbell Soup's solid earnings results and relatively crisis-resistant product offerings have helped the company's share price hold up despite the pressures. While the S&P 500 index's level has slid roughly 23% year to date, Campbell's stock is roughly flat across the stretch. 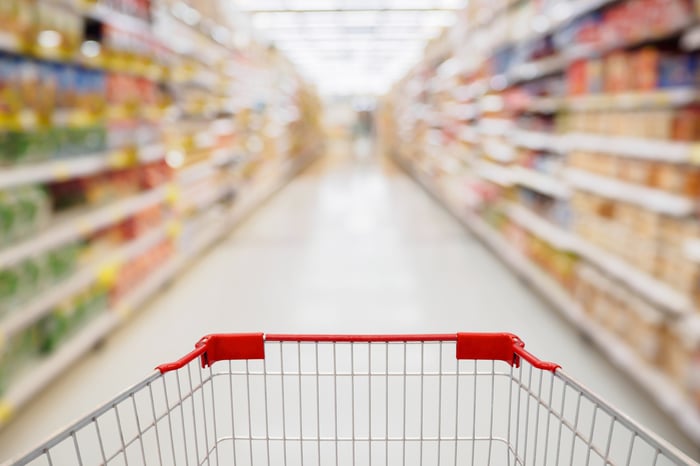 Campbell Soup reported second-quarter earnings results before the market opened on March 4, delivering sales and earnings results that topped analyst expectations. Revenue for the quarter dipped roughly 1% year over year to come in at $2.16 billion and beat the average analyst target for sales of $2.15 billion. Non-GAAP (adjusted) earnings per share for the period were $0.72, up 11% year over year and significantly ahead of the average analyst target for per-share earnings of $0.66.

Campbell Soup also paired its second-quarter results with a raised guidance for its full-year adjusted earnings per share. With the coronavirus pandemic causing people to stock up on consumer staples for riding out isolation periods, non-perishable food products are suddenly a hot category seeing increased demand.

Campbell's stock has continued to climb in April's tradings despite negative momentum for the broader market. The company's share price is up roughly 7% in the month's trading so far. 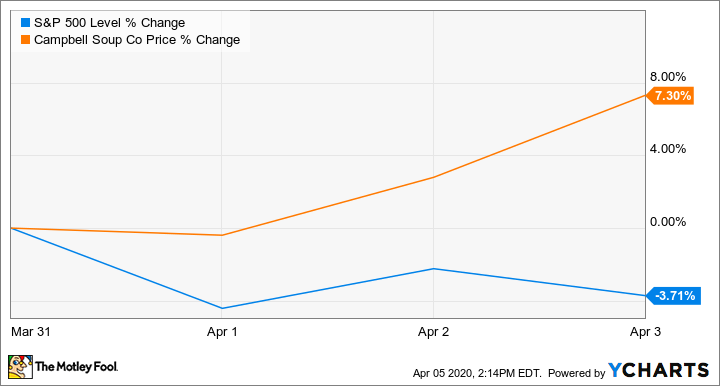 Campbell Soup's stock trades at roughly 10 times this year's expected earnings and has a dividend yield of roughly 2.8%.