Please ensure Javascript is enabled for purposes of website accessibility
Log In Help Join The Motley Fool
Free Article Join Over 1 Million Premium Members And Get More In-Depth Stock Guidance and Research
By David Haen - Apr 5, 2020 at 9:16AM

$3 billion in value evaporated into thin air on a judge’s recent decision.

On Monday, March 30, a district court judge in Nevada ruled in favor of two generic drug companies seeking to invalidate patents covering Vascepa, a fish oil product developed and marketed by Amarin (AMRN -3.52%). Investors witnessed $3.3 billion in valuation go up in smoke as the stock plummeted as much as 70%. 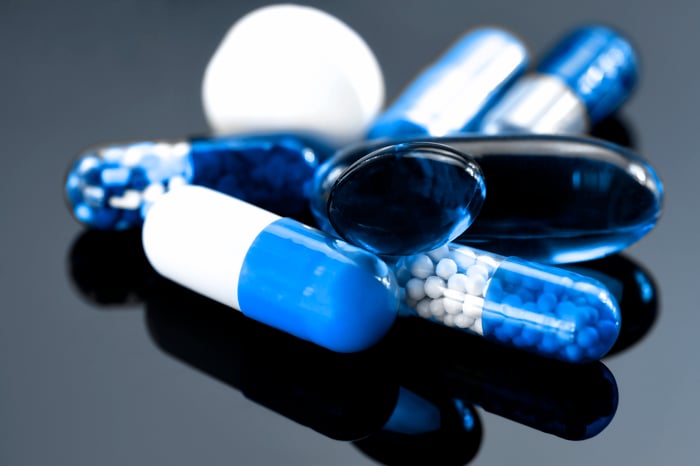 Amarin's Vascepa gained U.S. Food and Drug Administration (FDA) approval in 2012 as a treatment to reduce triglyceride levels in adults with severely elevated triglycerides. Importantly, last December, the FDA expanded the initial indication to include Vascepa's ability to reduce cardiovascular events, like strokes and heart attacks, in patients with established cardiovascular disease or type 2 diabetes.

Amarin's Reduce-It clinical trial provided the evidence to enable Vascepa to become the first and only approved medication for reducing cardiovascular risks in high-risk patients. The New England Journal of Medicine published the groundbreaking results showing a 25% relative risk reduction for cardiovascular events. In response, major medical societies updated their treatment guidelines to include Vascepa. These include the American Diabetes Association, the American Heart Association, the European Society of Cardiology, the European Atherosclerosis Society, and the Japanese Circulation Society, to name a few.

Amarin reported that 2019 sales of Vascepa hit $429.8 million, mostly coming before the mid-December expanded approval. This represented 87% growth over the prior year. With a new indication, Amarin doubled its sales force to 800 representatives to try to capture the tens of millions of people in the U.S. who meet the criteria for treatment with Vascepa. This expansion will help the company achieve guidance issued on Feb. 25 for 2020 sales to range from $650 million to $700 million.

If generic competition can enter, Amarin stands to lose a significant piece of the lucrative U.S. market and be forced to cut its price to compete. This does not seem equitable for a company that invested more than $260 million to evaluate 8,179 patients worldwide and follow them for a median of 4.9 years.

Indian generics giant Dr. Reddy's Laboratories (RDY 1.67%) and Hikma Pharmaceuticals (HIK 5.85%) aimed to invalidate Amarin's patents by arguing that treatment with Amarin's form of fish oil is obvious. However, other forms of fish oil have not generated positive results when tested in clinical trials.

The patents in question are being challenged in the United States. In December, the European Medicines Agency validated Amarin's marketing authorization application, meaning it is sufficiently complete. An approval decision is expected by the end of 2020. Investors should note that Amarin is seeking a marketing partner or partners for Europe.

Vascepa gained approval from Health Canada, Canada's equivalent to the FDA, for both indications, and the patent protection could extend to 2039. Amarin licensed the Canadian rights to Vascepa to local pharma HLS Therapeutics in 2017.

Additionally, in February 2015, Amarin licensed the development and commercial rights to Vascepa in China to Eddingpharm. Finally, Amarin granted the rights in the Middle East and North Africa to Biologix FZCo.

As expected, Amarin filed an appeal of the district court ruling on April 2. This escalates the legal battle to the Federal Circuit to review. Amarin stated that the appeal could take several months to a year or possibly longer. It's unclear whether the COVID-19 outbreak has affected the courts or created a backlog of cases it needs to address first.

Amarin's stock rebounded to north of $5 per share, a quick 25% gain for those who jumped on the opportunity. The question remains whether biotech investors should hold or buy the stock.

The appeal could be successful by the end of the year -- or not. This remains a big risk. The FDA has not yet approved either Dr. Reddy's or Hikma's abbreviated new drug applications, which means there does not appear to be an imminent launch by a generic competitor. In May 2019, Amarin negotiated a deal with Teva Pharmaceutical Industries (TEVA 0.91%) allowing Teva to launch a generic in August 2029.

Therefore, in the near term, U.S. sales of Vascepa should continue and international sales will expand. An approval in Europe by the end of the year could significantly bolster the stock price. While Amarin looks for more commercialization partners, a potential acquirer of the entire company may emerge. Such a potential buyer could value the company on Vascepa's potential outside the U.S. and then issue a contingent value right (CVR). A CVR allows for a future payout based on achieving certain conditions, such as a successful outcome in the patent appeal case.

The mid-single-digit stock price still appears attractive given Vascepa's potential in the U.S. and worldwide. If the appeal process turns in Amarin's favor, watch for the stock to soar.