Please ensure Javascript is enabled for purposes of website accessibility
Log In Help Join The Motley Fool
Free Article Join Over 1 Million Premium Members And Get More In-Depth Stock Guidance and Research
By Keith Noonan – Apr 5, 2020 at 9:34AM

Shares of MongoDB (MDB 3.03%) slipped 10.5% in March, according to data from S&P Global Market Intelligence. The stock sold off in conjunction with movements for the broader market stemming from the novel coronavirus, and it also saw some additional volatility following its fourth quarter earnings release and news of an executive departure in mid-March. 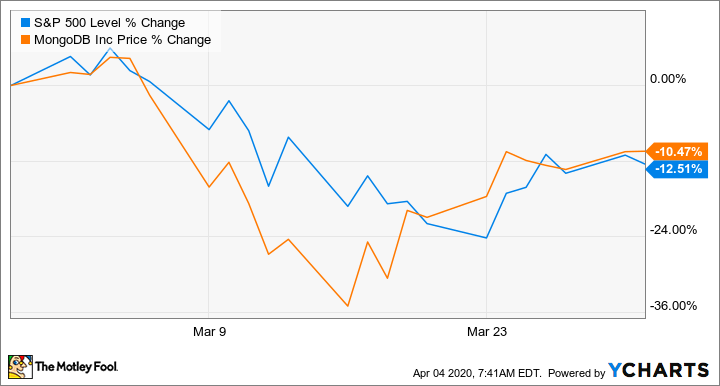 MongoDB reported its fourth quarter results after the market closed on March 17, delivering sales and earnings that topped the average analyst estimates. The company also announced that its chief technology officer and co-founder Eliot Horowitz would be stepping down on July 10. 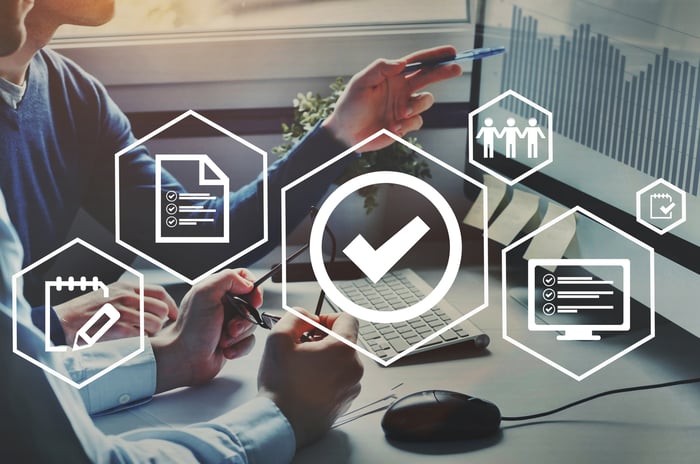 MongoDB's fourth quarter sales rose 44% year over year to hit $123.5 million and beat the average analyst estimate's call for sales of $110.65 million. The company's non-GAAP (adjusted) net loss per share came in at $0.25, beating the average analyst target by $0.03 per share.

Despite initially falling on the heels of its earnings release, the stock posted some recovery soon after and benefited from positive momentum for the broader market as the month progressed.

MongoDB's shares have slid lower early in April's trading, as the broader market has continued to face volatility due to uncertainty stemming from the novel coronavirus and the COVID-19 respiratory illness that it causes. The cloud software-as-a-service company's stock has fallen roughly 11.7% in the month so far, while the S&P 500 index has dipped roughly 5.3% across the same stretch.

The company is valued at roughly 13.5 times this year's expected sales.