Please ensure Javascript is enabled for purposes of website accessibility
Log In Help Join The Motley Fool
Free Article Join Over 1 Million Premium Members And Get More In-Depth Stock Guidance and Research
By Jeremy Bowman - Apr 6, 2020 at 9:08AM

The online marketplace gave investors some key insights into its current position.

Etsy (ETSY 6.21%), the online market for crafts and other artisan-made goods, gave investors their first look on Thursday at how the coronavirus pandemic is impacting its business. In a "fireside chat" video, management shared some key figures and insights with investors, most of which helped reassure the market -- the stock was trading as much as 13.5% higher on Friday.

Keep reading to see why management is optimistic that it can emerge from the crisis intact, and even outperform its competitors. 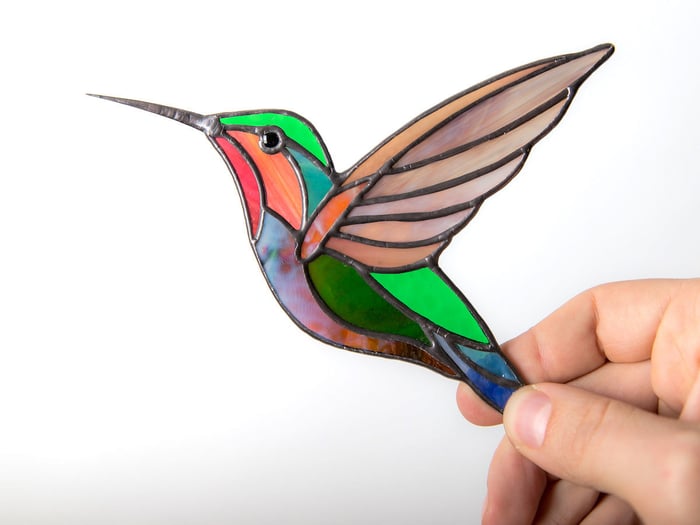 1. Its business model is flexible

Unlike brick-and-mortar retailers that often have cavernous storefronts to maintain, Etsy has no brick-and-mortar stores and a more nimble business model. CEO Josh Silverman said that the company benefits from high variable costs and relatively low fixed costs, which "positions us really well to be resilient and to manage through the near-term turbulence to get to the other side." Silverman explained that marketing costs on Google and Facebook, for example, ramp up or down according to demand for specific categories.

By not having to worry about fulfillment infrastructure, inventory, or physical stores, Etsy can avoid a lot of the headaches facing other retailers, both on- and offline. Even if sales fall, the bottom line won't be too severely impacted.

2. The balance sheet is strong

Etsy is also confident that it has plenty of cash, and a capital structure capable of surviving the ongoing headwinds. The company has $800 million in cash and short-term investments like treasury notes -- what CFO Rachel Glaser referred to as high-quality capital -- and no debt maturing until 2023. It also has $200 million in a revolving credit facility that it has yet to tap.

3. Sales growth is slowing, but some categories are hot

Gross merchandise sales (GMS), the value of the goods sold on its platform, jumped 32% in the first quarter, consistent with growth in the fourth quarter of 2019, but sales were noticeably stronger in January and February, when they surged 41%. In other words, GMS was up only about 14% in March. Silverman said that sales slowed noticeably on March 8th as news around the coronavirus grabbed "mindshare," and said the company had experienced that phenomenon before with major news events. GMS growth bottomed out in the third week of March at -2% as schools across the country closed and Americans responded to "stay-at-home" orders, but rebounded to 27% growth the following week.

Silverman also said that Americans' overall focus on stocking up on consumer staples like food and cleaning products was a negative factor for Etsy, but as people settled into new habits the company saw solid performance from categories like puzzles and games and self-care like bath and beauty -- as well as in Reverb, the musical instrument marketplace it acquired, which saw a spike an interest from first-time musicians. On the other hand, the wedding category, which is a major driver of springtime business, was severely impacted, and jewelry also experienced headwinds.

4. Its seller base is solid

The core of Etsy is its 2.7 million seller-enterpreneurs, without which there would be no merchandise on its website. Management said that 91% of its sellers are one-person operations working from home, meaning most of them don't have to worry about the kind of supply chain headaches that other businesses might be experiencing now. That gives the company a diverse base of sellers around the world, selling a wide range of product categories. Though it noted that some sellers had paused their listings as they dealt with the abrupt life changes of the crisis, like kids being home from school, management also said that a single seller taking a break would not have an impact on its business, as there are often other sellers offering similar products.

5. Even in a worst-case scenario, it could still turn a profit

Etsy hasn't been ignoring the threat of a recession -- the company said it had been planning for the threat of a downturn for three years. Management has already scaled back on expenses where prudent, like hiring, and CFO Rachel Glaser said, "Even in a long and pronounced downturn in consumer demand, it is our priority to remain Adjusted EBITDA positive and cash flow positive for this year." Elaborating, she explained that even if the rest of the year looked like the worst week in March when GMS fell 2%, the company would still finish with break-even to slightly positive Adjusted EBITDA margins. If its business growth rate were half what it had originally projected, it would have an Adjusted EBITDA margin in the low-to-mid teens.

In other words, Etsy will see sales growth slow this year because of the outbreak, but the company shouldn't experience any long-term damage from the crisis. Its balance sheet is strong, its seller base is stable, and the company can turn a profit even in its worst-case scenario.