Sergio Rivera reportedly disagreed with the board of directors' role in making key decisions about the company's future.

Theme park operator SeaWorld Entertainment (SEAS -0.46%) is looking for a new captain. Hired in November of 2019 to take the helm of the struggling company, Sergio Rivera informed the board of directors last week that he would be stepping down from that role, effective immediately. Rivera has also resigned as a board member.

The disruption couldn't have come at a worse time. Not only has the global coronavirus outbreak all but stopped tourism traffic, SeaWorld Entertainment's parks -- SeaWorld, Busch Gardens, Aquatica, and others -- are closed until the COVID-19 risk has abated. The company also announced early this month that 90% of its employees have been furloughed, and won't be paid during the time its parks are shut down. In the meantime, SeaWorld Entertainment's executive officers have agreed to a temporary 20% reduction in pay until its parks are reopened. 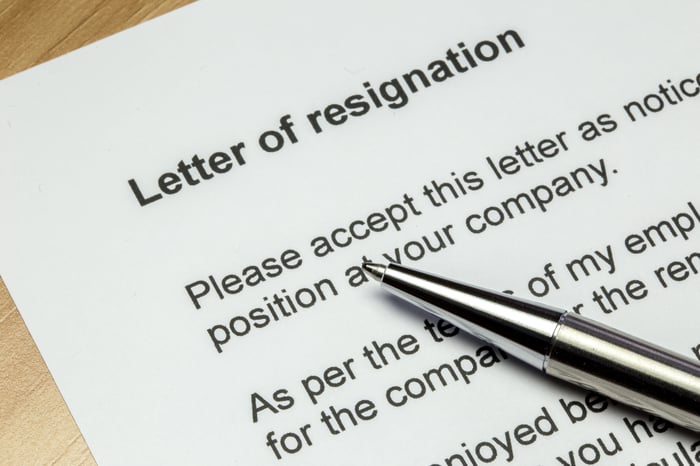 Compensation doesn't appear to have been Rivera's sticking point, however. According to an SEC filing, his "resignation was due to disagreements over the Board's involvement in the decision making at the Company." While no additional details were offered, it's important to note that Rivera was a company outsider and not intimately familiar with SeaWorld's corporate culture when he took over in November. He was formerly CEO of hotel network ILG's (Interval Leisure Group) vacation ownership division and had also worked for Starwood Vacation Ownership.

SeaWorld's parks aren't the only amusement parks currently closed due to the coronavirus contagion. Walt Disney (DIS 2.21%) has shuttered its parks as well, as has Comcast (CMCSA 1.43%)-owned Universal. SeaWorld, however, was already facing declining foot traffic when the coronavirus outbreak escalated.