Please ensure Javascript is enabled for purposes of website accessibility
Log In Help Join The Motley Fool
Free Article Join Over 1 Million Premium Members And Get More In-Depth Stock Guidance and Research
By Jennifer Saibil – Updated Apr 6, 2020 at 11:38AM

It didn't look pretty when Luckin Coffee (LKNC.Y 0.55%) announced last week that after an internal investigation, it had discovered fraudulent sales. The Chinese company's stock price plunged 80% on the news after it had already dropped due to COVID-19 concerns.

But the U.S.-traded Chinese company called on customers for first-aid, and they've rallied around the coffee chain company to increase its sales.

The audit revealed that some employees in the company had embellished $310 million in sales during 2019. The company issued an apology, and Luckin chairman Lu Zhengyao said he was ashamed of what happened. He also issued a call to customers on social media to help out the newly embattled company by coming in and buying coffee. That seems to have worked. 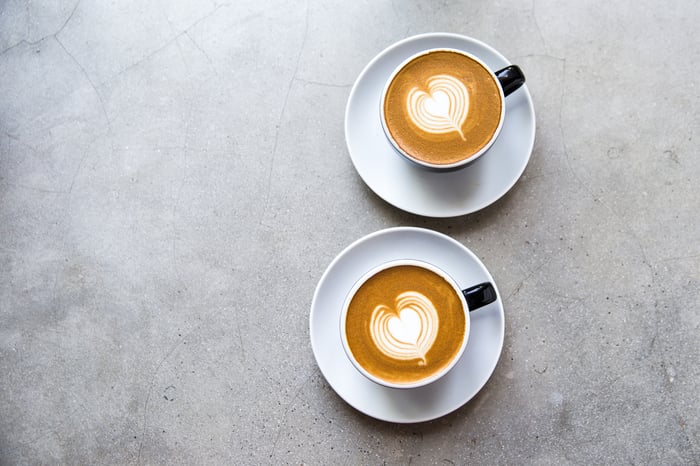 In an online survey by Quartz Magazine, over half of participants chose "I accept Luckin's apology, it is still a national champion as long as it corrects its mistakes."

Quick rise to the top

Luckin had a much-hyped initial public offering (IPO) in 2017 and its share price had risen to a high of $50 in January 2019 before coronavirus knocked it down.

The Chinese market feels good about a home-grown rival to Starbucks, which has seen explosive growth in the region. Luckin quickly grew from nine stores in 2017 to a current 4,500, whereas Starbucks has 4,200 coffee shops in China. Luckin's customers also enjoy the prices, which are significantly lower than Starbucks'.

Luckin Coffee is trading at $4.89 as of this morning.