Please ensure Javascript is enabled for purposes of website accessibility
Log In Help Join The Motley Fool
Free Article Join Over 1 Million Premium Members And Get More In-Depth Stock Guidance and Research
By Matthew DiLallo – Apr 6, 2020 at 9:16AM

A massive sell-off in the energy market weighed on this MLP last month.

Units of master limited partnership Enable Midstream Partners (ENBL) nosedived 58.6% in March, according to data provided by S&P Global Market Intelligence. Weighing on the midstream company were concerns about the sustainability of its high-yielding distribution amid a massive plunge in crude oil prices last month.

Crude oil prices plummeted last month because of the COVID-19 outbreak and the breakdown of Russia's market support agreement with OPEC. That's causing oil to pile up in storage, which has investors worried that U.S. producers will need to reduce their production. That would impact the volumes handled by midstream companies, which then generate less revenue. On top of that, investors are growing deeply concerned that a wave of bankruptcies will engulf the sector, possibly forcing pipeline operators to reduce their rates. 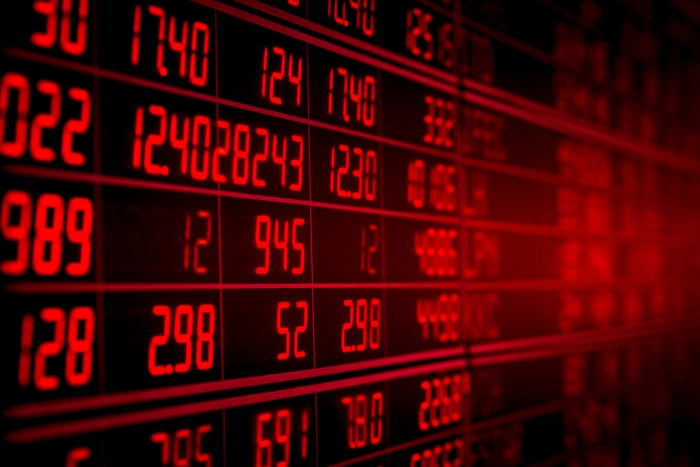 Those anxieties weighed heavily on MLPs last month, especially those like Enable Midstream that focus on gathering and processing oil and gas. Investors are worried that the sector will have no choice but to slash their high-yielding dividends as a result of lower oil prices and the impact that will have on production volumes and industry balance sheets.

Those fears came to fruition for Enable Midstream in early April. As anticipated, the MLP slashed its distribution by 50%, which will save it $290 million. The company also cut its capital spending budget by $115 million, or 48%, from the top end of its previous guidance and planned to reduce its operating costs as well as its general and administrative expenses. These moves will save the company $450 million this year, which it will use to pay down debt.

The upending of the oil market last month has investors growing increasingly worried about the financial profiles of MLPs like Enable Midstream. That forced the company to take action this month to protect its balance sheet. The hope is that its spending cuts and subsequent debt reduction will enable the company to overcome the potential impact of customer bankruptcies on its cash flow.