Please ensure Javascript is enabled for purposes of website accessibility
Log In Help Join The Motley Fool
Free Article Join Over 1 Million Premium Members And Get More In-Depth Stock Guidance and Research
By Evan Niu, CFA – Apr 7, 2020 at 8:00AM

The organizations that determine accounting standards -- the Financial Accounting Standards Board (FASB) in the U.S. and the International Accounting Standards Board (IASB) abroad -- are weighing potential changes for how publicly traded companies treat goodwill. When a company acquires another company for more than it's worth on paper, that premium is recorded as an intangible asset called goodwill. The rationale is that an acquired company includes things of value such as brand strength, intellectual property, or synergy potential that aren't easily quantified.

Currently, companies are required to test for goodwill on an annual basis, and if a previously acquired subsidiary is not performing as well as initially expected, the value of that goodwill must be impaired and recorded as a charge on the income statement. The proposed changes would move toward a model where goodwill is instead amortized over time. 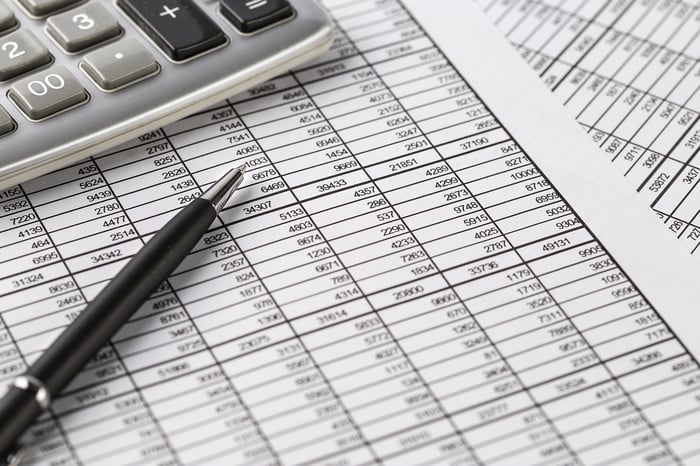 One of the criticisms of that proposed approach is that it removes important information that investors need. Specifically, if management has botched an acquisition, poorly executing on the integration in a way that a purchased business has failed to justify what the acquirer paid, investors will want to know if insiders have squandered capital and destroyed shareholder value. If such an accounting change were to materialize, here are two major tech companies that might benefit.

Over the years, I've criticized Facebook's (META -1.69%) 2014 acquisition of WhatsApp on numerous occasions, primarily due to the sheer size of the deal. Strictly strategically speaking, buying WhatsApp made sense for Facebook, as it was (and is) a wildly popular messaging and communication platform. But the price tag for a start-up that had just $22.7 million in trailing-12-month (TTM) revenue and $312 million in TTM net losses was hard to justify.

As a result, Facebook recorded a staggering amount of goodwill in connection with the deal, and the pressure is mounting for Facebook to start monetizing WhatsApp. The vast majority of the $18.7 billion in goodwill that Facebook is currently carrying can be traced back to that acquisition. If Facebook were allowed to amortize goodwill instead of potentially recognizing a massive impairment if it ever concludes that it overpaid, the company and CEO Mark Zuckerberg would be able to avoid the associated embarrassment of conceding that it made a mistake of that scale.

Microsoft: The $8.5 billion acquisition of Skype

No stranger to blockbuster acquisitions -- or huge goodwill impairments from acquisitions gone wrong -- Microsoft's (MSFT -1.27%) 2011 purchase of Skype for $8.5 billion seems ripe for an impairment. The enterprise tech giant recorded a whopping $7.1 billion in goodwill related to Skype, which was allocated to different Microsoft segments at the time.

It's worth remembering that Skype's previous corporate parent, eBay, took a $1.4 billion writedown related to Skype back in 2007, which included a $900 million goodwill impairment. Microsoft took Skype off eBay's hands four years later for over three times what eBay paid for the service in 2005.

In the near-decade since, Microsoft has made countless missteps with Skype, which The Verge's Tom Warren recounts in detail here. Those mistakes provided an opening for rivals, including Zoom Video, which was founded the same year as the purchase. There's a strong case to be made that Microsoft overpaid for Skype.