Please ensure Javascript is enabled for purposes of website accessibility
Log In Help Join The Motley Fool
Free Article Join Over 1 Million Premium Members And Get More In-Depth Stock Guidance and Research
By Howard Smith – Apr 7, 2020 at 10:46AM

The maker of N95 respirator masks will supplement its domestic production with imported masks.

Industrial conglomerate 3M (MMM -0.39%) and the Trump administration have settled a dispute over the supply of N95 masks in the United States, with the company announcing it will supplement its domestic production by importing respirator masks manufactured at its overseas facilities. On April 2, President Trump invoked the Defense Production Act (DPA) in his push to have 3M keep its domestically produced masks in the U.S.

In a response to the DPA invocation, 3M criticized the attempt to prevent exports, pointing out that it is a critical supplier of the respirators to Canada and Latin America, and that preventing it from shipping protective gear to those regions would have "significant humanitarian implications." 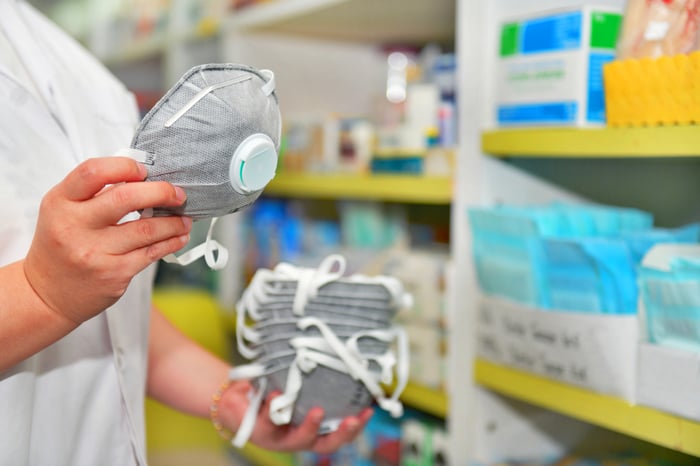 With the new agreement, 3M will import 166.5 million N95 respirators into the U.S. over the next three months, supplementing its domestic production of 35 million per month. 3M said it worked with the administration to ensure that the plan "does not create further humanitarian implications for countries currently fighting the COVID-19 outbreak."

The company said it will begin importing the 166.5 million masks in April, most of them from its facility in China. This will enable it to continue supplying Canada and Latin America from its U.S. production.