Please ensure Javascript is enabled for purposes of website accessibility
Log In Help Join The Motley Fool
Free Article Join Over 1 Million Premium Members And Get More In-Depth Stock Guidance and Research
By Scott Levine - Apr 7, 2020 at 10:07AM

Operations will soon return to normal at one of the company's two projects affected by the novel coronavirus.

Following its mid-March transitioning of Cerro Moro to a reduced production schedule, Yamana Gold (AUY 0.50%) announced yesterday that it plans to return the Argentine mine to full production. The company had limited operations at Cerro Moro in order to comply with a government directive meant to foster social distancing. On April 3, however, the government identified mining as an essential business, and the company began to remobilize the asset.

It plans to "resume operations in an orderly and gradual manner with attention to health and safety requirements," the company said.

Cerro Moro isn't the only one of Yamana's assets that has been affected by the novel coronavirus outbreak. On March 24, Yamana placed Canadian Malartic on care and maintenance following the Quebec government's order suspending all non-essential business. Originally set to expire on April 13, the order was recently extended to May 4. The company says it is "seeking clarification if the extension applies to mining companies." 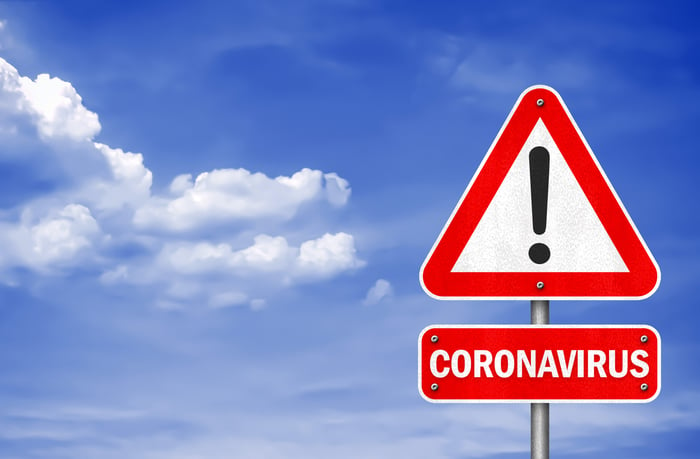 As a result of the disruptions in operations at Cerro Moro and Canadian Malartic, management believes the company's second quarter will be less lustrous than it had originally expected. Investors will have to wait until April 30, when the company reports Q1 earnings, for management to provide updated guidance for 2020.

Although Yamana recognizes that the second quarter will be weaker than it had originally expected, the company's first quarter was surprisingly strong. According to its preliminary Q1 results, Jacobina, El Penon, and Minera Florida all exceeded production expectations, contributing to Yamana's overall production of 221,746 gold equivalent ounces. Additionally, Yamana reported that it "had strong financial performance in the first quarter, the result of which was an improved balance sheet, including further net debt reductions."