Please ensure Javascript is enabled for purposes of website accessibility
Log In Help Join The Motley Fool
Free Article Join Over 1 Million Premium Members And Get More In-Depth Stock Guidance and Research
By Prosper Junior Bakiny – Apr 8, 2020 at 6:13AM

Here's why investors shouldn't bother buying shares of Aurora Cannabis and Hexo, even at their current levels.

As a result of the recent market correction, many stocks are much cheaper than they were just a few months ago. However, just because a stock is cheap doesn't necessarily mean it's a buy. While now may be an opportune time to buy shares of great businesses with solid prospects, there are many stocks investors should avoid no matter how cheap they seem to be. In particular, here are two cannabis companies I think investors had better stay away from: Aurora Cannabis (ACB 0.82%) and Hexo (HEXO).

Last year, shares of Aurora Cannabis plunged by 56.5%; that was even worse than the industry benchmark, the Horizons Marijuana Life Sciences Index ETF (HMLSF 0.51%), which slid by about 36% over the same time. Unfortunately for Aurora, so far, 2020 hasn't been much better: The company's shares are down by 63% year to date. At writing, Aurora's stock is worth a mere $0.81. However, investors shouldn't be fooled into thinking Aurora is a buy at current levels. Let's consider two reasons why the pot grower is not worth the trouble. 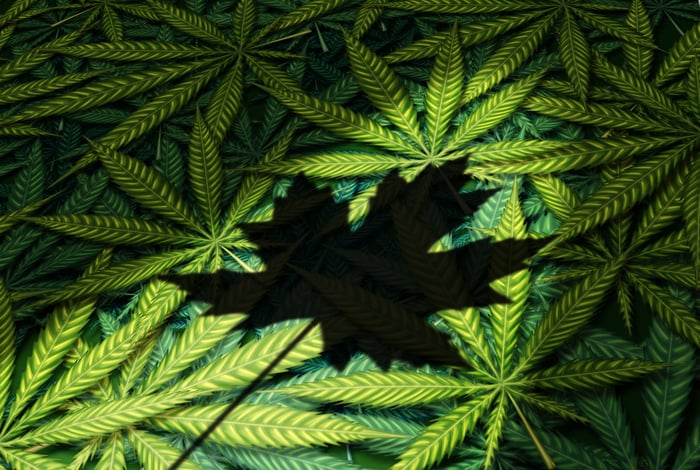 First, the company continues to record poor financial performance. Aurora's latest earnings report -- which was for the second quarter of its fiscal year 2020 -- was nothing short of a dumpster fire. The company's net revenue was 56 million Canadian dollars, representing a 25.5% sequential decrease. Aurora recorded a loss from operations of CA$119.6 million and a net loss of CA$1.3 billion. And the company's performance in the first quarter wasn't much better.

Second, there's Aurora's ugly balance sheet. In particular, the company has an abnormal amount of goodwill (intangible assets). During the second quarter, Aurora's goodwill was CA$2.4 billion. Aurora may have to incur significant write-downs in the future, which would hurt its bottom line. And considering the company is far from profitable, this is something investors should keep in mind. That is why despite the recent opening of the cannabis derivative market in Canada, I think investors should stay away from Aurora Cannabis.

Hexo has been a hot mess in recent weeks, and not just because the company's stock is down 57% since the beginning of the year. On March 17, Hexo announced that the release of its earnings report for the second quarter of its fiscal year 2020 would be delayed. The delay was because Hexo had failed to file its "interim financial statements and related management's discussion and analysis" by the appropriate deadline. This wasn't the first time the company's quarterly financial report was delayed, either -- something similar happened with Hexo's fourth-quarter earnings report for fiscal 2019.

With that said, though, I believe Hexo has to contend with much bigger problems than just this delay. For instance, the pot grower's actual financial results continue to be unimpressive. During the second quarter, Hexo reported a net loss of CA$298.2 million, its deepest quarterly net loss ever. And although Hexo reported a net revenue of CA$17 million -- representing a 17% sequential increase -- investors weren't pleased with the company's performance, and Hexo's shares plunged on the heels of its earnings release.

Another reason to stay away from Hexo is the fact that the pot grower has been heavily resorting to dilutive forms of financing recently. In October, the company decided to launch a round of funding (which closed in December) during which Hexo raised CA$70 million by issuing convertible debentures. The cannabis company then started another round of financing in late December, raising CA$25 million by issuing new shares; this round of financing closed in early January. Lastly, Hexo raised another CA$20 million in January by issuing new shares once again. Hexo's latest round of funding closed Jan. 22.

Hexo is probably not done with these dilutive forms of financing. In its press release announcing its second-quarter financial results, the company said the following: "Management estimates that the working capital as [of] January 31, 2020 and forecasted cash flows will require additional capitalization in order to meet the Company's obligations, commitments and budgeted expenditures through January 31, 2021." Share dilution problems will keep plaguing Hexo in the future; coupled with the company's poor financial results, this makes its stock unattractive. In short, investors had better keep their distances from Hexo, despite its shares going for less than a dollar apiece at the moment.