Regulatory problems in Australia cause a delay in the closing.

Though Tiffany & Co. (TIF) and LVMH Moët Hennessy (LVMHF -1.58%) appeared poised to "put a ring on it" following a $16.2 billion acquisition deal last November, the nuptials have been postponed by a regulatory snag in Australia. The review was originally supposed to arrive by April 8, but the reviewing board has pushed back the date by half a year, citing administrative delays.

LVMH, the owner of approximately 75 subsidiary luxury and fashion brands including Louis Vuitton, Givenchy, Bulgari, Kenzo Parfums, Parfums Christian Dior, and many others, agreed to pay roughly $135 per share to buy out Tiffany. LVMH recently eschewed the opportunity to reduce the purchase price by buying up Tiffany stock after its share value took a hit from the COVID-19 pandemic, instead sticking with its original offer. 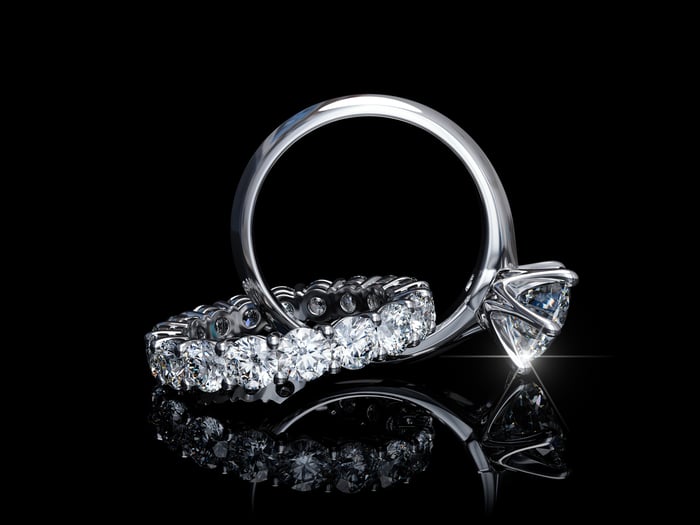 The two companies have secured most of the approvals needed to complete the deal and move Tiffany under the LVMH umbrella as planned. Shareholder approval came in February, while the U.S. Securities and Exchange Commission (SEC) gave its blessing to the union on March 26. The European Commission is still in talks with Tiffany and LVMH.

The Australian Foreign Investment Review Board, or FIRB, originally slated statutory review for April 8. However, an 8-K Current Report filed with the SEC by Tiffany reveals the coronavirus pandemic has prompted the FIRB to request a six-month postponement to Oct. 6. While LVMH has officially accepted the delay, it also notes the Australian Treasurer has the power to approve the acquisition sooner, and "the parties" -- meaning LVMH and Tiffany -- have "a view to obtaining approval as soon as possible."