Crocs (NASDAQ:CROX) underperformed a weak market last month. The stock declined 35% compared to a 12.5% dip in the S&P 500, according to data provided by S&P Global Market Intelligence.

The footwear specialist has been tracking well below the market in recent months, and is down nearly 55% so far in 2020. 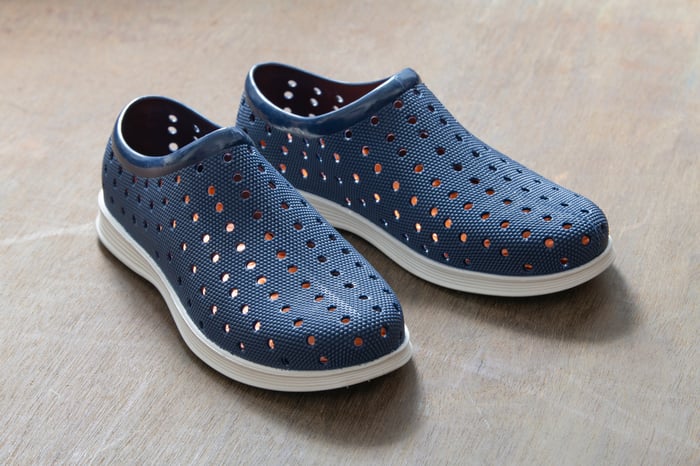 Sales in the Asia-Pacific region provide a significant portion of Crocs' revenue, so it's likely that its sales declined in the first quarter due to widespread store closings in China. The retail shutdowns spread to Europe and the U.S. later in Q1, which led Crocs to withdraw its 2020 outlook amid spiking economic volatility and further declining sales.

Crocs has tapped its credit line and suspended its stock repurchasing program in an effort to keep its cash position solid as it navigates through this period of disruption to its business and prepares for a recession. "Our balance sheet remains strong," CFO Anne Mehlman told investors on March 30, "but during these times of uncertainty, we feel it is prudent to shore up liquidity and maintain flexibility." Executives will likely have important updates about the company's financial position -- along with fresh sales data -- when Crocs announces its first-quarter results in early May.