Please ensure Javascript is enabled for purposes of website accessibility
Log In Help Join The Motley Fool
Free Article Join Over 1 Million Premium Members And Get More In-Depth Stock Guidance and Research
By Keith Noonan - Apr 8, 2020 at 10:10AM

The gaming company's shares are down roughly 2% year to date, while the S&P 500 has slid nearly 18% across the same stretch.

Shares of Take-Two Interactive (TTWO -1.72%) climbed 10.4% in March, according to data from S&P Global Market Intelligence. The video game company's stock defied pressures brought on by the coronavirus pandemic and regained ground after sliding 13.8% in February. 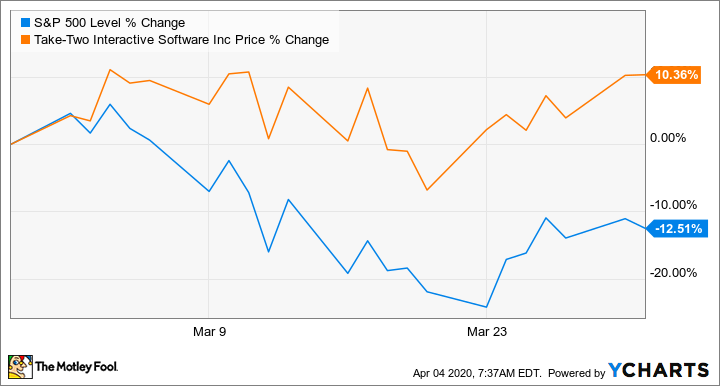 With people staying inside in order to help stop the spread of the coronavirus, leading video game companies saw increased levels of player engagement. Coming on the heels of sell-offs in February, the unprecedented circumstances helped Take-Two stock bounce back and substantially outperform the broader market in March. 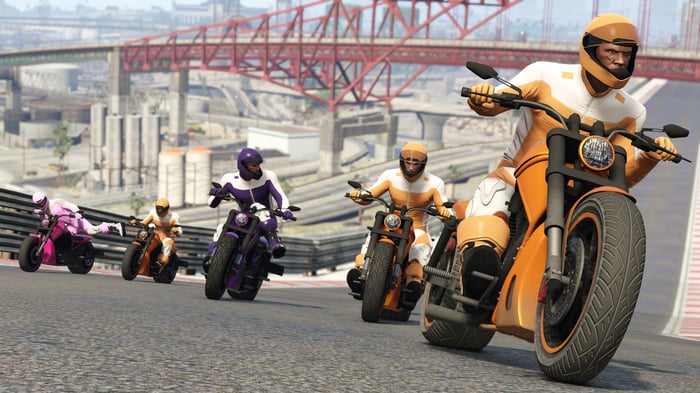 Take-Two reported third-quarter results in February that fell short of the market's expectations and were paired with the news that an executive at one of its most important development studios would leave the company in March. Rockstar Games co-founder Dan Houser has since left his position as creative director and vice president at the game-development house.

Rockstar is the studio responsible for some of Take-Two's most important properties, most notably Grand Theft Auto and Red Dead Redemption, and Houser's departure created some unease among shareholders in February. But investors poured back into the stock last month as gaming companies saw heightened levels of engagement stemming from people staying inside and turning to video games for entertainment.

Take-Two Interactive stock is up roughly 1% in April's trading and has seen its movement track roughly in line with that of the broader market. 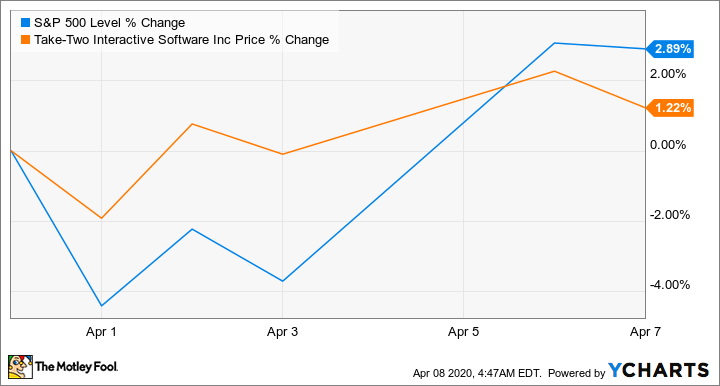 The company has a strong collection of bankable properties and decades of experience developing and marketing hit titles. It looks poised to benefit from both elevated levels of player engagement stemming from the coronavirus situation and the long-term growth of the video game industry. But investors should proceed with the understanding that development initiatives will be hurt by the pandemic in the near term.