Please ensure Javascript is enabled for purposes of website accessibility
Log In Help Join The Motley Fool
Free Article Join Over 1 Million Premium Members And Get More In-Depth Stock Guidance and Research
By Keith Noonan – Apr 8, 2020 at 10:54AM

Shares of Workday (WDAY 0.28%) slipped 24.8% in March, according to data from S&P Global Market Intelligence. The enterprise software company's stock was hit hard as the coronavirus pandemic dimmed the business' growth prospects. 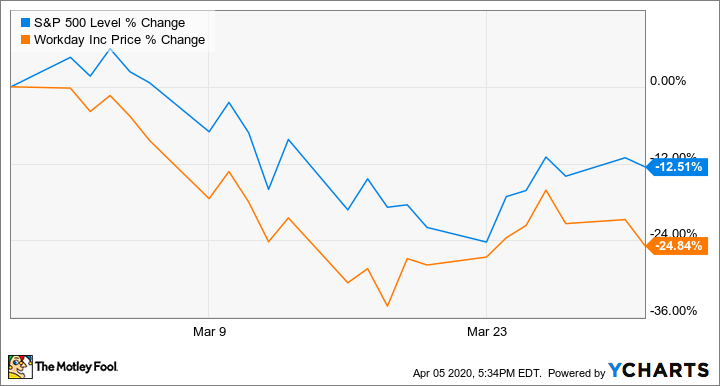 Workday has posted impressive growth in recent years as more companies have adopted its cloud-based software for human resources and business finance management. But a growth-dependent valuation has also predisposed the stock to large swings when performance comes in below expectations. The stock's movements tracked roughly in line with the broader market in March, but its share price declined roughly twice as much as the S&P 500 index's level. 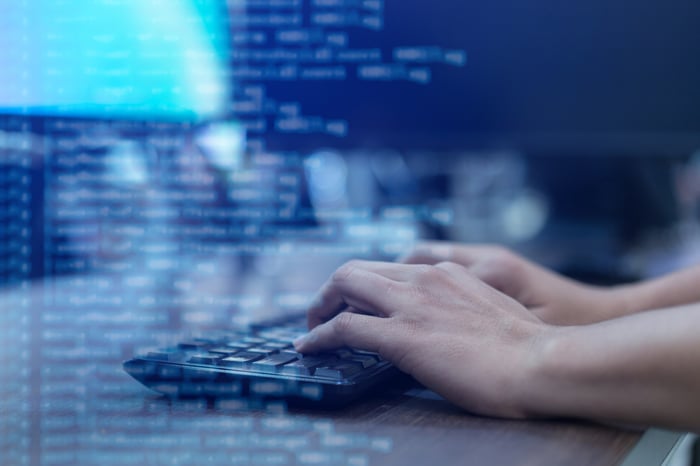 Workday's strong track record of customer satisfaction and its heavily subscription-based software model suggest that the company should hold on to most of its current subscribers even if economic conditions worsen. The company also has substantial long-term growth opportunities as it adds customers for services like procurement, but it's reasonable to expect that business momentum will be hurt in the near term. With the coronavirus causing many companies to shut down or temporarily switch to work-from-home operations, Workday's potential customer base will likely be less inclined to pursue big growth projects or make the switch to new software platforms.

Workday stock is up roughly 1% in April's trading amid positive momentum for the broader market. 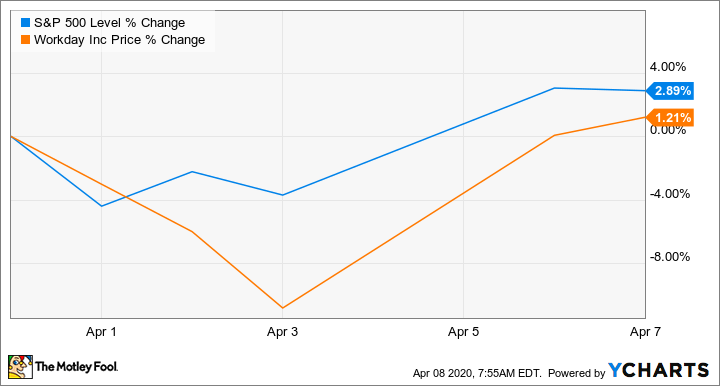 The company issued guidance for the current fiscal year when it reported fourth-quarter results at the end of February. At the time, it laid out expectations for first-quarter subscription revenue to come in between $873 million and $875 million, representing year-over-year growth of 24.7% at the midpoint.

Management also set a target for full-year subscription revenue between $3.755 billion and $3.77 billion, good for annual growth of 21.4% at the midpoint. But these targets were established before the pandemic and its related business closures and operating modifications in the U.S. It remains to be seen how the situation will impact performance.