Amazon is a close second.

The advent of COVID-19, with its stay-at-home orders keeping workers from eating out and its social distancing recommendations making them leery of running to the grocery store, is jump-starting the online grocery shopping business.

Some retailers are struggling to adjust to the sea change, with Amazon.com (AMZN -3.01%) apparently overwhelmed by the sudden popularity of its Amazon Fresh and Whole Foods online ordering services, and unable to keep up with demand. Still, analysts forecast that as much as $20 billion in online grocery business could be up for grabs for the companies that manage to figure this out. 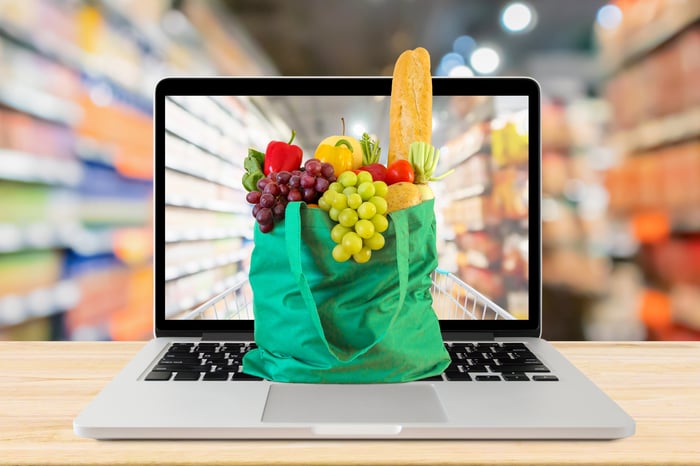 Walmart (WMT -2.50%) could be the biggest beneficiary.

According to a report just out from App Annie, the self-described "leading global provider of mobile market data," the Walmart Grocery app is now the No. 1 most downloaded app for ordering groceries online.

From March 29 to April 4, 2020, reports the analyst, consumers downloaded 106 million shopping apps, up 15% from the equivalent period in January 2020, before the coronavirus appeared on the scene.

Of those downloads, 14.4 million happened in the U.S. (up 20% from January), and Walmart Grocery downloads in particular shot up 460%. Downloads of the [email protected] app, used by in-store workers, were also up significantly -- 220%.

In contrast, Amazon's shopping app, the second most downloaded shopping app which began the period with "an incredibly high existing install base," lagged Walmart's pace of downloads by 20 percentage points.