Please ensure Javascript is enabled for purposes of website accessibility
Log In Help Join The Motley Fool
Free Article Join Over 1 Million Premium Members And Get More In-Depth Stock Guidance and Research
By Pearl Wang - Apr 9, 2020 at 7:00AM

The beer and spirits company's revenue has been strong through the coronavirus pandemic, but how will it fare in a looming downturn?

With consumers on edge from the novel coronavirus and uncertainty pervading the economy, it's good to invest in companies whose businesses look to be more stable through the ongoing pandemic and an economic slowdown.

Some consumer staples companies fare better in a downturn, especially those with a history of stability in past recessions. Constellation Brands (STZ 0.33%), with its stable of popular beer and spirit brands, including Modelo beer and Svedka vodka, may be a business that can weather tough times. 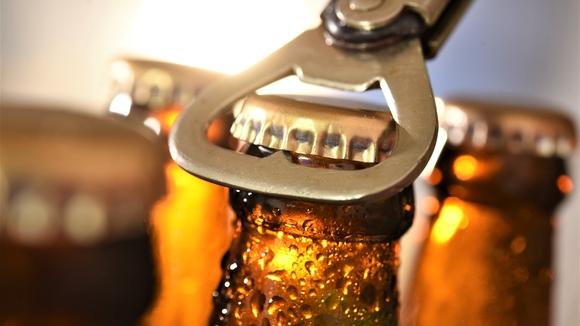 While government-ordered closures across the U.S. of restaurants and bars have dampened alcohol sales, this has been made up by a shift to in-home consumption. Online alcohol delivery service Drizly said it had its highest-ever sales day on Sunday, March 15, beating orders for New Year's Eve and Halloween. Consumers are simply buying more from grocery stores and other retailers.

Constellation, the largest beer import company, announced fourth-quarter results on April 3 that beat consensus estimates for revenue and earnings. The quarter ended Feb. 29, which means Constellation's business had not been materially impacted by COVID-19. On the earnings call, however, CEO Bill Newlands gave updates that showed business has held up well -- specifically, 24% sales growth in beer for the four-week period ending March 22, compared to 12% over the past 52 weeks, and 23% sales growth in wine and spirits power brands compared to 4% over the past 52 weeks.

As more people are spending time at home, they want to maintain a sense of normalcy. They'll continue to have wine with dinner or beer while watching Netflix. Sales of alcoholic beverages might rise as people look to familiar products to help soothe them during a time of anxiety.

Further, as a consumer staples business, Constellation could fare better than the overall market in a slowdown. Research group Gallup's annual survey on alcohol consumption during the 2008 recession found little change in drinking habits in the U.S. The survey showed that the percentage of U.S. adults who drank alcohol stayed steady at 64%.

During the prior decade, Gallup's surveys showed 62% to 66% of Americans reporting they "have occasion to use alcoholic beverages." Another academic research report found that beer was mostly immune to economic cycles.

Newlands was positive about Constellation's prospects on the earnings call. "I continue to feel very optimistic about our long-term opportunities," he said. "When we look at the beverage alcohol category, we are generally a recession-resistant industry. In previous recessions and downturns the industry has generally been non-cyclical and only minimally affected."

Constellation is getting into a beverage segment with high growth potential and demand. It's launching Corona Hard Seltzer this year, with expanded distribution set for this month. The category offers a compelling opportunity, as about 30% of growth is expected to come from increased consumption and about 10% from new consumers, according to Jefferies analyst Kevin Grundy, who was recently interviewed by S&P Global Market Intelligence. Grundy said sales of hard seltzer are expected to rise from $3.5 billion this year to $6.5 billion by 2024, and he added hard seltzer sales spiked 226.4% in 2019.

The company's ratio of long-term debt to equity may seem high at roughly 90%, but it's shrinking, and it's lower than rivals like Diageo and Brown Forman. And on the latest earnings call, Newlands pointed to the company's investment-grade credit rating and said Constellation has ample liquidity to ride out uncertain economic environments. The company has a $2 billion revolving credit facility for financial flexibility, and it's expected to receive $850 million in cash from the Gallo divestiture. Meanwhile, its shares have traded down by 15% since the beginning of the year about the same as the S&P 500.

Thus far, consumers are still buying beer and liquor, but they're simply consuming at home instead of in restaurants and bars. If you're looking for a company that has shown resilience in a COVID-19-impacted environment, try Constellation Brands.