Please ensure Javascript is enabled for purposes of website accessibility
Log In Help Join The Motley Fool
Free Article Join Over 1 Million Premium Members And Get More In-Depth Stock Guidance and Research
By Rick Munarriz – Apr 9, 2020 at 9:00AM

You may be tempted to yell "fire sale" in a crowded collection of multiplex operators, but history isn't kind for a weak platform with weak product in a weak economy.

The prognosis isn't getting any better for the movie theater industry. AMC (AMC 9.08%) -- in a letter obtained by Deadline -- wrote to its landlords late last month, explaining that it will stop paying rent this month. The sobering report finds Loop Capital analyst Alan Gould downgrading the stock to "sell" on Wednesday, concerned about the liquidity of the country's largest multiplex operator.

AMC argues that its theaters have been closed since mid-March. It has furloughed 25,000 employees, reduced salaries of its general managers, and slashed payroll at its corporate office. It can't afford to pay the lease on theaters it can't use. Gould sees bankruptcy a "distinct" possibility for AMC, and even if it can line up financing, it will be highly dilutive. He is lowering his price target on the stock from $4 to $1. 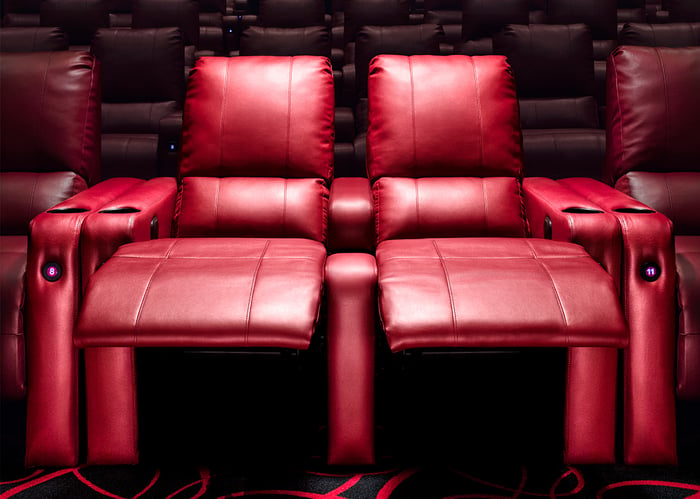 Loop Capital's Gould has a rosier outlook for AMC rival Cinemark (CNK 2.44%). The smaller exhibitor passed Gould's coronavirus stress test, given its lower fixed costs relative to the competition. He thinks Cinemark will be a beneficiary of the dirt-cheap acquisition opportunities that will arise in the post-COVID-19 rubble. Gould is keeping a "buy" rating on Cinemark, but he's still lowering his price target on the shares from $35 to $22.

AMC, Regal parent Cineworld (CINE -3.57%) (CNWGY 2.31%), Cinemark, and experience enhancer IMAX (IMAX 3.28%) are in trouble. Movie theaters across the country -- as well as most of the world -- are closed, and folks were already going out to the movies less frequently. Domestic theaters sold fewer tickets in 2019 despite a monster slate of releases that included the final entries in the original Star Wars and Avengers franchises.

In short, this year was going to be a relative letdown under optimal conditions. Now studios are pushing out upcoming releases in some cases all the way out to next year. We're not just going to bounce back from this punch to the gut the economy is taking, and that's obviously going to weigh on the budgeting decision to spring for a night at the movies when the living room is becoming perfectly acceptable to a growing number of people during the quarantines.

Wall Street seems to think we'll just go back to enjoying what will be an iffy slate of films later this year. In his bullish update on Cinemark, Gould expects no revenue for the multiplex operator's current quarter, and it's hard to argue with that. However, he sees a decline of just 33% in the third quarter, recovering to a 20% year-over-year slide in the fourth quarter. It's so tempting to bet the under on that forecast.

Will people still be going out to the movies in healthy numbers later this year? Can I eat movie theater popcorn without removing my face mask? And speaking of concessions -- the high-margin product line that makes business click for exhibitors -- even if consumers do spring for discounted matinee tickets, are they really going to splurge on tubs of sodas and heavily marked-up snacks? Are folks going to pay up for premium-priced IMAX screenings? Will studios even bother to optimize their films for those enhanced performances?

The multiplex won't die overnight. The weak operators will falter out of the new starting gate later this year. If the mighty AMC isn't paying rent, I'm not sure how smaller players including Cinemark and Cineworld's Regal will fare any better. Hollywood thinks it needs movie theaters to survive, but not if during this cruel quarantine we've discovered that digital delivery into our homes is enough. The world was already turning against the local multiplex, but the simmering disruption is turning into a microwave blast during the industry shutdown. Weak product on a weak platform in a weak economy isn't going to make a strong recovery.