Please ensure Javascript is enabled for purposes of website accessibility
Log In Help Join The Motley Fool
Free Article Join Over 1 Million Premium Members And Get More In-Depth Stock Guidance and Research
By Evan Niu, CFA - Apr 10, 2020 at 10:00AM

The streaming service is growing faster than anyone could have expected.

Earlier this week, Disney (DIS 4.68%) made a mind-boggling announcement: The media giant's new Disney+ streaming service has now reached 50 million paid subscribers, roughly five months after launch. That's a remarkable achievement in such a short period of time, and one of few silver linings in the overall business, as many segments within the conglomerate are getting demolished by the coronavirus pandemic.

Investors should take a moment to fully appreciate the blowout disclosure. 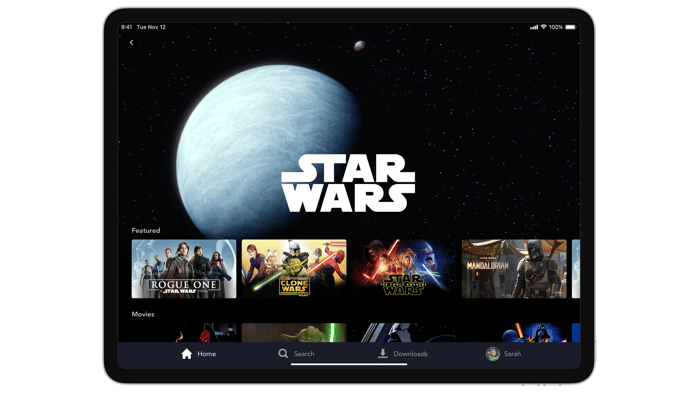 Growing faster than anyone expected

A day after launching last November, Disney said it had grabbed 10 million sign-ups on the first day. However, that total included presales and free trials, and it was unclear how many would convert into paid subscriptions. The company also noted that it would only release Disney+ subscriber data during quarterly earnings calls. There was no earnings release this week; Disney simply couldn't help but tout the impressive milestone.

Disney's last earnings report in February showed that the company finished 2019 with 26.5 million Disney+ subscribers, with that figure climbing to 28.6 million as of early February. A little over two months later, that subscriber base has grown by tens of millions.

Perhaps the most significant factor driving that growth is international expansion of country availability. Over the past two weeks, Disney+ has rolled out to eight countries in Western Europe while also launching in India as part of Disney's Hotstar service. That popular Indian video-streaming service already accounts for roughly 8 million subscribers, according to Disney.

Disney+ has grown to critical mass far faster than anyone had expected -- including Disney itself. LightShed analyst Rich Greenfield initially predicted in January that Disney+ would hit 50 million by the end of 2020. The House of Mouse has now hit that goal about eight months early. Almost exactly a year ago, Disney detailed Disney+ at its 2019 Investor Day and predicted that the service could grow to 60 million to 90 million subscribers by 2024. Disney is already approaching the low end of that forecast four years early.

It's also worth noting that the COVID-19 pandemic is likely driving demand for video-streaming services because much of the world is housebound as governments issue stay-at-home orders and lockdowns in an effort to defeat the coronavirus. The crisis is wrecking Disney's operations around theme parks, cruise lines, and theatrical movie releases, as well as ad revenue for media networks. At least investors can find a small bit of solace in Disney+'s blockbuster success.